Most of us have seen the footage of Kennedy being shot. Or of Ronald Reagan being thrown into the back of a car as agents overwhelmed his would-be assassin. But what, precisely, do you know about Lincoln’s assassination? Well, there might not be any video, but there are eye witness accounts that were written down just moments after the assassination in Ford Theater[1]; and they provide an amazing level of detail. 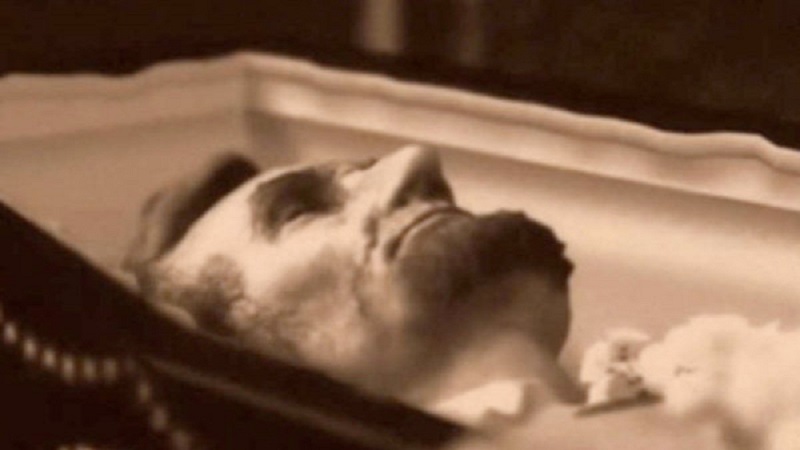 Through an open door came the sound of labored, heavy breathing and groans as President Abraham Lincoln lay dying from a gunshot wound to the head.

First lady Mary Todd Lincoln passed from the room into a hallway, moaning with inconsolable grief, “O, my God, and have I given my husband to die?”

The long death vigil at the Petersen House in Washington unfolded before James Tanner, who’d been summoned to record the testimony of witnesses to the assassination at Ford’s Theatre.

Though not widely known, Tanner’s shorthand and transcribed cursive from the night of April 14, 1865, and morning of April 15, 1865, survived and are kept in an acid-free box in a vault at the Union League of Philadelphia.

In his notes are the fresh, raw emotions and shock of the time. One playgoer was struck by the ferocious look of the attacker – John Wilkes Booth – and the “glare in his eye.” Another remembered Booth leaping from the box, brandishing a knife and exclaiming “Sic semper tyrannis,” or “Thus always to tyrants.”

Like listening to the preserved radio reports on Pearl Harbor, or watching the grainy footage of JFK’s limousine rolling through Dallas, reading over the shorthand of Tanner’s reports provides the reader with a vivid recreation of events. It’s an amazing piece of history, captured neatly in cursive handwriting in an acid-free box.

In a world where events are largely remembered by watching a short video on our iPhones, it’s somewhat startling to see history come so alive through nothing more than transcribed witness accounts.