There is a State Supreme Court case[1] to decide whether high school students have the 1st amendment right to wear a shirt with the American flag on it to school.  Yes, it’s California where they were told they can’t.  How did you guess? 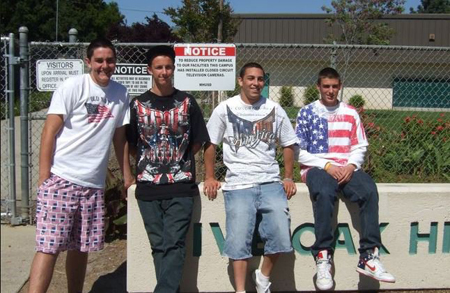 On Friday, the high court justices met to decide whether to hear a case asking whether the assistant principal’s fear justified ordering students to remove on conceal their shirts.

The appeal in Dariano vs. Morgan Hill Unified School District asks the justices to decide whether wearing an American flag can be curtailed as an unnecessary provocation, or instead is a right of every citizen protected by the 1st Amendment.

A decision on whether they will accept the case could come as soon as Monday.

The case stems from a 2010 incident, when students wore American Flag shirts on “El Cinco de Mayo.” The principal told them to change their shirts, because he thought the flag would promote violence.