I was under the impression that the protests of Trump’s events were genuine, given that he provokes such extreme emotion on both sides of the aisle. However, with the latest batch of James O’Keefe videos, I can honestly say that I was thoroughly fooled.

As jaded as I am, I still like to think that there is a seed of honesty within America. Perhaps there is, but it is definitely not among the Clintons, or their employees. 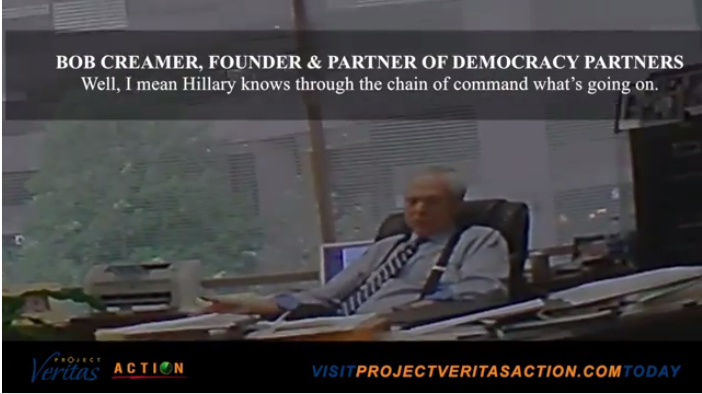 Project Veritas released a video[2] in which it is made very clear that Hillary Clinton staffers are paying protestors to get Trump supporters riled up and potentially violent.

Zulema Rodriguez is one of those people. She proudly boasts about her accomplishments, which include starting a violent protest at a Trump event in Chicago[3], as well as shutting down a highway in Arizona that happened to be outside of another event.

“So, [Aaron Black] and I did the Chicago Trump event where we shut down like all the yeah,” Rodriguez says in the video. Rodriguez also takes credit for an Arizona protest, also in March, that shut down a major highway outside a Trump event.

If that wasn’t disturbing enough, a quick check of the FEC records[4] shows that Zulema Rodriguez has not only been payed by liberal organizations such as MoveOn.org forthe last several years, but has also received payments from the Clinton campaign. One was in the sum of $1,610.24, and was labeled as a payroll expense, and the other was for $30, and was simply entitled “phone.”

Does this surprise you? It shouldn’t, but if you’re anything like me, you’re feeling an overwhelming amount of disgust. These Clinton campaign workers don’t view Trump supporters as people, they see them as a way to get Hillary elected as long as they can act a certain way in front of the cameras.

This is a very good reason to remember to always be on your best behavior at political rallies, because you never know who might be behind the scenes trying to use you to their advantage. It’s terribly unfortunate that our political system has devolved into this type of behavior and rhetoric, but that’s what happens when you have one of the most power-hungry people in the world running for the Presidency of the United States of America.

Next time your liberal friend tries to explain to you how violent Trump supporters are, show them this. It is by no means a pardon for the violent behavior exhibited by some of the people at his rallies, but it should give them pause for thought.