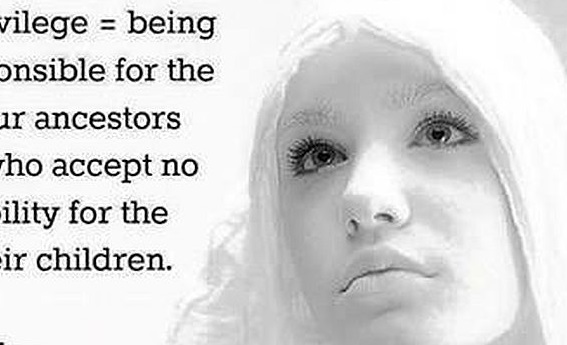 Blah, blah, blah …. white privilege this, white privilege that. What a joke. There is no such thing and the people getting brainwashed enough to feel guilty about being white are seriously …annoying. Then you have the others who are shouting that privileged white people have ruined their chance at life. I am embarrassed for them. It just makes them seem scummy.

No one likes a person with excuses and they are loaded with excuses to hide the fact that they were just not motivated enough to progress themselves. It’s not the “white man’s” fault they couldn’t reach their potential. What a load of crap.

Anyhow…here’s the BRUTAL truth about so called “White Privilege” 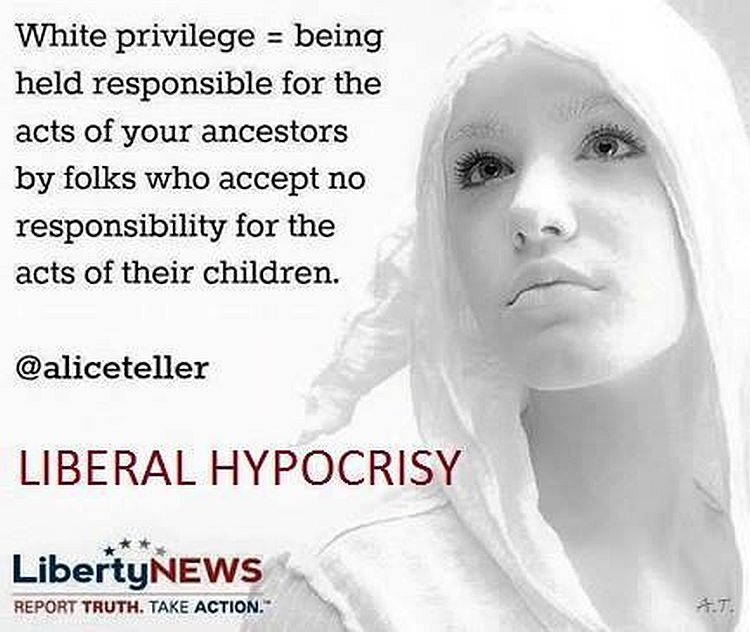 1) We’d see frequent discussions on whether bumbling white dads or negative portrayals of southerners on TV and in movies were unfair to white people.

2) The government would be turning down talented black and Hispanic students to allow less qualified white students to get in via Affirmative Action.

3) Minorities would be LEAVING the United States, not making dangerous treks through the desert in the middle of the night to get in.

4) Falsely calling someone a “racist” would be considered to be just as repulsive as being a racist.

5) There wouldn’t be an option to press 2 for Spanish.

7) There would be serious discussions about whether the NBA discriminates against white Americans.

8) Every year we would celebrate White History Month and on the final day, we would hold a Miss White America pageant on White Entertainment TV.

9) America’s most privileged members, college professors, actors, rock stars, cable TV hosts, newspaper columnists and politicians would be laughed at and called hypocrites if they accused less privileged Americans of having “white privilege” because of the color of their skin.

10) Businesses would use quotas to try to increase the number of white employees they have to an even higher percentage.

11) White kids would get in-state tuition everywhere, while non-white illegal immigrants would have to pay out of state rates everywhere – if they were allowed to go to college at all since they’re here illegally.

12) Rachel Dolezel and Shaun King would be telling everyone they are white.

13) O.J. Simpson would have been convicted of murdering Nicole Brown Simpson.

14) Every time non-white Americans used electricity, the Internet, played basketball or even mentioned the Constitution, they’d be scolded for “appropriating” the culture and accomplishments of white Americans.

15) Every time there was a crime committed against a white person by a minority, every newspaper and cable news show in America would be bending over backwards to paint it as a racially-motivated attack.