Afghanistan: SAS Troops Running Low on Ammo Vow to Fight to the Death Rather Than Surrender to ISIS

Six weeks ago in Afghanistan, a unit of elite British SAS (Special Air Service) soldiers was ambushed and locked down in a fierce gun battle with a group of ISIS jihadists. The motto of the SAS is “who dares wins.” And it was never more apparent than during this battle. Six hours into the firefight, the SAS were running low on ammunition, and had a decision to make. Knowing that the price of losing the battle was to face execution by beheading in a humiliating international video, the soldiers of this unit made a pact. They decided to fight to the death, rather than surrender.

As the battle stretched onward, and as the unit was running low on ammunition, they placed a call for air support and rescue. However, they were unsure that the message got through. They conserved bullets as the jihadists advanced. And when the ISIS terrorists got close enough, they were able to attack them with gun stocks and other implements. One veteran SAS sergeant actually beheaded a jihadist in one swoop with a shovel; a poetic occurrence given that some of the English speaking jihadists had been boasting that they would be sending the heads of the SAS home to their wives in England. 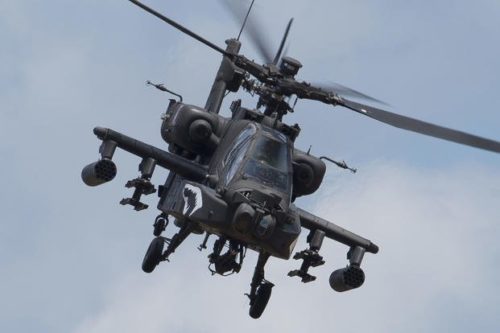 The sergeant who decapitated the jihadists then took the dead man’s gun and eliminated a number of the man’s terrorist friends. These elite soldiers did not let the odds beat them, nor did they let terrorists beat them, they fought with all they had, even hand to hand at one point. And just in the nick of time, that air support materialized. Two US Apache gunship helicopters, and a US Chinook arrived to disperse what remained of the jihadists and transport the SAS unit to safety. At the time of the arrival of the helicopters, it was found that half of the SAS unit was out of ammunition.

In the war on terror, it is brave soldiers like this SAS unit and those who came to their aid, who will play a huge part in achieving our eventual victory over the radical Islamic killers and terrorists who are trying to eliminate all those who do not agree with their theology or their politics, which in fact is one and the same thing. Because of people like this SAS unit, right will prevail and wrong will fail. And on the graves of those who tried to kill their way to dominance and a new caliphate, will be built a new society where freedom reigns, and people can live, work, and marry freely. That day is not yet here. But by the courage and hard work of our men and women in uniform, and the determination of free nations to fight until victory is achieved, one day it will be.