After a High School Student Was Told To Take Down the American Flag, This Happened

You know that crazy paranoia that says now that the Confederate flag is being taken down because people find it offensive, that the American flag is next?  Totally crazy and tinfoil hat-y, right?  Except that there are already complaints about flying the American flag[1]… 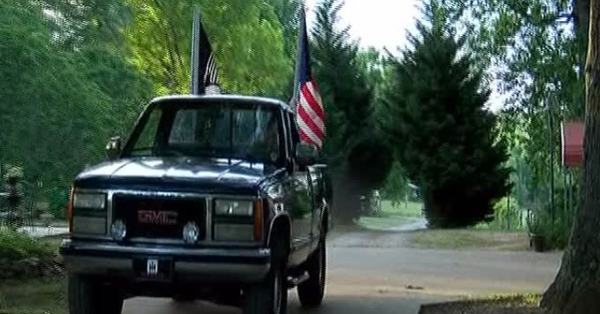 A high school in York County has spoken out after students protested Thursday morning when a senior said he was asked to remove an American flag from his pick-up truck.

Thursday morning, several students, parents, and veterans protested the incident, many setting up across from school grounds waving flags.

“When I hear that you can’t fly the American flag it makes my blood run red, and my blood is red,” said Vietnam Veteran Michael Douglas.

Apparently the school district has a policy about flags.  Why they have a policy about flags is a great question, but at least they are changing it for this flag: “Due to the outstanding display of patriotism through peaceful demonstration, it is apparent to us that many are not happy about this policy. School officials have reviewed the standing policy regarding flags and have decided that an exception will be made for the American flag, as long as the size of the flag(s) does not create a driving hazard.”