After California Police Arrest Panhandler, Officers Make a Peculiar Discovery While Searching Him

It is true that there are people out there who have fallen victim to unfortunate circumstances. However, amidst the rampant governmental services available to any who cannot or will not work, it is baffling to me to see so many give cold, hard cash to panhandlers. One man’s arrest[1] illustrates the kind of con-job that has become entirely too-common in America as he was arrested while panhandling with $1800 on his person. 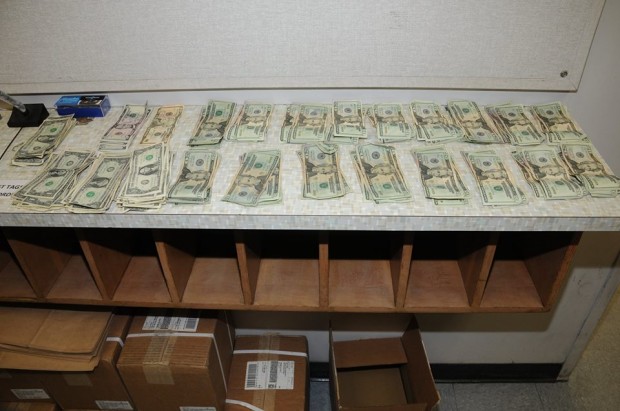 A panhandler arrested in Central California Monday was found to have more than $1800 of cash in his possession.

Kevin Joy, 43, was asking for money on a center median without a permit when he was spotted by officers, the Fresno Police Department said in a statement.

The 43-year-old was taken into custody for violating a municipal code and placed under arrest. As police searched him, officers discovered he wasn’t as poor as some were led to believe — in fact, he had bundles of cash in his possession.

Police said that the man has been cited or arrested for similar violations 11 times within the last 18 days alone — and more than 60 times in 2015.

“Joy has been offered city resources to improve his situation but instead chooses to live this lifestyle,” the statement said.

The Fresno Police Department urged residents who would like to help the homeless to donate to a charity organization instead of giving their hard-earned cash directly to panhandlers.

In my town, it’s common to see panhandlers smoking cigarettes while begging or listening to an iPod or iPhone. Fat panhandlers will often hold signs claiming that they’re “hungry”- as if we are in Ethiopia and not in America with an endless supply of social services for those who wish to eat at the expense of others.

Christian charity is a fine thing, but enabling an entire industry of sloth is the unfortunate byproduct of a population that too-often mistakes “feeling” for “thinking.”