After Having Solved All Other Problems, Obama’s EPA Will Monitor How Long You Spend in The Shower

The EPA, like so many liberal institutions, has at its core, a noble cause. Who doesn’t want to protect the environment for future generations? However, according to a new article from Hot Air[1], Obama’s EPA is mounting yet another nanny-like crusade. 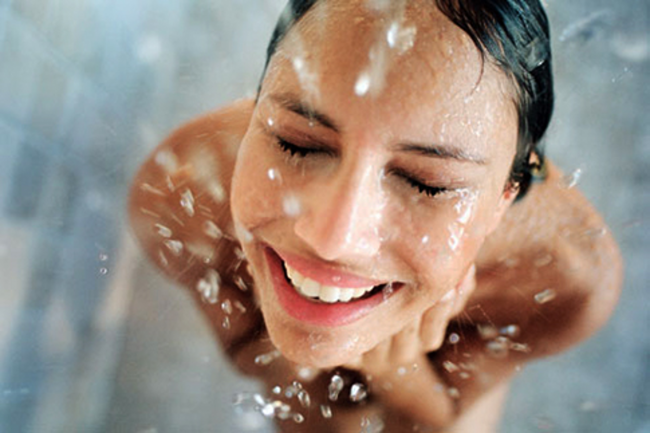 It’s a good thing Uncle Sam is looking out for your best interests. If it weren’t for them, you might spend too long in the shower[3] next time you stay at a hotel.

The Environmental Protection Agency (EPA) wants hotels to monitor how much time its guests spend in the shower.

The agency is spending $15,000 to create a wireless system that will track how much water a hotel guest uses to get them to “modify their behavior.”

“Hotels consume a significant amount of water in the U.S. and around the world,” an EPA grant to the University of Tulsa reads. “Most hotels do not monitor individual guest water usage and as a result, millions of gallons of potable water are wasted every year by hotel guests.”

“The proposed work aims to develop a novel low cost wireless device for monitoring water use from hotel guest room showers,” it said. “This device will be designed to fit most new and existing hotel shower fixtures and will wirelessly transmit hotel guest water usage data to a central hotel accounting system.”

The grant language doesn’t specify exactly how the government would “modify your behavior” in terms of water usage, but it’s not hard to speculate. I imagine we’ll be seeing a warning at check-in saying that “x” number of gallons of water usage in the room per night is the standard covered by your reservation. Any more than that will result in a surcharge, with a portion of that going to the government and the remainder going to the hotel. (You need to do that in order to get the hotel owners’ associations to buy in and lobby on behalf of the EPA.)

The sad part of this discovery is that water conservation is actually a problem in some areas and it’s one which the EPA (were it properly run and focused) might be able to help with. Fresh water supplies are strained in a number of areas where population has outpaced reserves, with southern California being a prime example. The agency could provide guidance – not regulations – to states, with scientific and engineering data designed to help them be more efficient. Rather than trying to influence the shower behavior of tourists, it’s not difficult to imagine water recycling and retention technology which could be phased into the building codes, making cities more efficient in their usage.

Any approach such as I just described would be more palatable – or at least possible – than behavior modification. Speaking from experience, anyone who has ever served on board a Navy vessel at sea can tell you about “Navy showers versus Hollywood showers.” The former is the practice of turning on the water for ten seconds to wet yourself down, shutting it off while you lather up, and then turning it on for another fifteen or twenty seconds to rinse off. It’s not a particularly pleasant experience.

The nice part about getting to see the wording of this government grant is that we finally have an example of their coming clean (pardon the pun) and defining the business they wish to be in; behavior modification. In the view of Big Government specialists, you are usually the problem when they address any challenge. And since you are the nail and they are the hammer, it’s their job to correct your behavior. We can only wonder how many more grants such as this one are floating around out there.

Admittedly, one of the best thing about staying at a hotel for me is the endless supply of piping hot water and the fantastic water pressure. Of course, like so many things, this, too, must be stomped-out by the long reach of the thugs that make up our insanely bureaucratic government.