Agency With Millions Of Employee Records Hacked By China Didn’t Have An IT Security Staff Until 2013; Second Hack Exposes Millions More In Military And Intel Records

In what may be the most embarrassing tech disaster for the Obama administration, Chinese hackers have just gotten their hands on millions of military and intel records.

Just yesterday it was exposed that OPM, the agency threatened by hackers, did not hire an IT security staff until 2013[1], leaving the agency wide open to hacking threats like these that have just come to light. 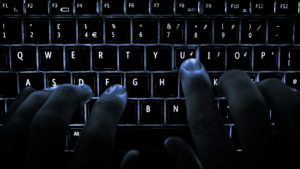 Hackers linked to China appear to have gained access to the sensitive background information submitted by intelligence and military personnel for security clearances, several U.S. officials said Friday, describing a second cyber breach of federal records that could dramatically compound the potential damage…

Nearly all of the millions of security clearance holders, including CIA, National Security Agency and military special operations personnel, are potentially exposed in the security clearance breach, the officials said. More than 2.9 million people had been investigated for a security clearance as of October 2014, according to government records.

In the hack of standard personnel records announced last week, two people briefed on the investigation disclosed Friday that as many as 14 million current and former civilian U.S. government employees have had their information exposed to hackers, a far higher figure than the 4 million the Obama administration initially disclosed.

For OPM, the agency that handles all of the federal government’s personal information on employees and security clearances, to be so lackadaisical when it comes to security goes to show you the failures of big government once again.

At this point, we might as well just be giving hackers the passwords to our supposed ‘secure’ classified government security systems because the White House sure as hell isn’t doing anything to stop them.