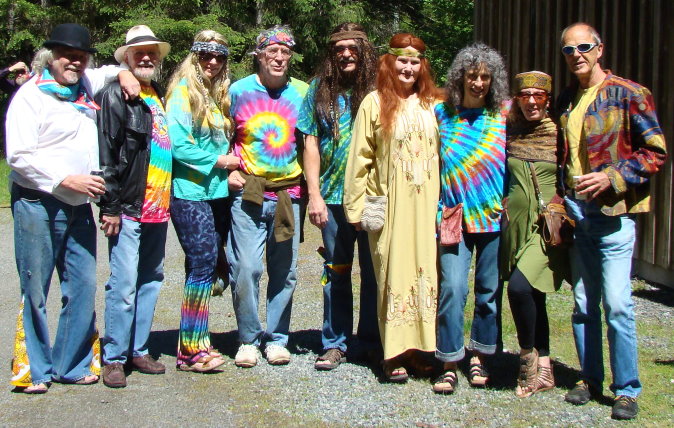 [1]Fewer Millennials and youth in Generation Z are moving out of their parents’ homes than in recent previous generations. For the first time in the modern era, more[2] 18- to 34-year olds live with their parents than in any other type of arrangement. That percentage reached its lowest point 45 years ago. In 1960, 62 percent of the nation’s 18- to 34-year-olds were living with a spouse or partner in their own household, and only one-in-five were living with their parents.

How did this happen? The younger generations are used to their parents providing them with iPhones and cars. They’re less likely to have gotten jobs in high school and paid for those things themselves, or to have saved for college. This is because Baby Boomers — the hippy generation — raised the Millennials. The Boomers revolted against their traditional parents and indulged their children. It’s been described[3] as the “Me Generation” raising the “Me Me Me Generation.” Instead of taking on the tough parenting role of teaching their kids economics and the value of saving, they took the easy route and spoiled them.

Millennials spend an inordinate amount of time taking selfies and posting on Instagram and Snapchat. A study from the National Institutes of Health found[4] that narcissistic personality disorder is nearly three times as high for people in their 20s as it is for people 65 and older. This is a result of the Boomers’ flawed attempt at instilling self-esteem in their kids. Raising children where everyone receives a prize creates unrealistic self-perceptions.

The younger generations are getting married later and less, because the hippy generation promoted a hook-up attitude instead of traditional dating. The app Tinder has made hook-ups all too easy. The median age of marriage is 30 years old. It was 23 years old in the 1970s. Women are more likely to have a child out of wedlock, which often results in single parents who live with their parents to help with expenses and child care, or who go on welfare. Almost half[5] of the births to women in the Millennial generation were out of wedlock. In contrast, when Generation X was the Millennials’ age, only 35 percent of births were out of wedlock. The left helped achieve this by despising the notion of a nuclear family, saying anything goes.

Part of the problem is young people are less likely to settle for entry-level jobs that Generation X had like working in fast food. While they prioritize higher education, they don’t feel the need to find adequate employment to support themselves; they find nothing wrong with living with mom and dad.

Students in California are signing up for food stamps without shame. Janet Napolitano, president of the University of California educational system and an activist Democrat, announced last year [6]that she would spend $302,000 over two years at each of the 10 campuses to expand food pantries and register more students for food stamps through CalFresh. The San Francisco Chronicle interviewed[7] a student at Berkeley who feels entitled to food stamps because his rent is $800 a month. It didn’t seem to occur to him that he could live with his parents and maybe attend a more affordable community college for awhile (it is becoming fairly easy to obtain grants at those colleges if you’re not from a wealthy family).

Another young person saw[8] nothing wrong with working as an AmeriCorps volunteer where he earned only $13 per day, supplementing it with food stamps. Students can also receive[9] free cell phones and Medicaid health coverage.

Some of this is not their fault. Wages have been falling[10] since 1970, with a significant decline from 2000 to 2010. The Great Recession, which began in the late 2000s, made it more difficult for young people to make it on their own. The Obama economy decreased the number of jobs. But Millennials still vote in larger numbers for Democrats than Republicans.

While it’s at least better that these younger generations are dependent on their parents instead of the government, what happens when their parents pass away or are unable to work? A recent poll found[11] that a majority of Millennials would rather live in a socialist, communist or fascist state over a capitalist one. Millennials flocked to Bernie Sanders, an avowed socialist, in droves when he ran for president.

However, once Millennials start making $40,000 annually or more, their viewpoints begin[12] to shift against socialism. The question remains whether enough of them will achieve this type of income, or whether they will be persuaded by the left to work in low-paying, social justice types of jobs.