A convicted Al Qaeda terrorist leader, has been caught trying to smuggle himself [1]into Europe by posing as an asylum seeker. As predicted by many, the warning that terrorists would take advantage of European Union’s lax border controls is coming to life in this stark event. The facts of this story are a look into the future of a world that refuses to call bad…bad, and chooses to smears the lines between good and evil. 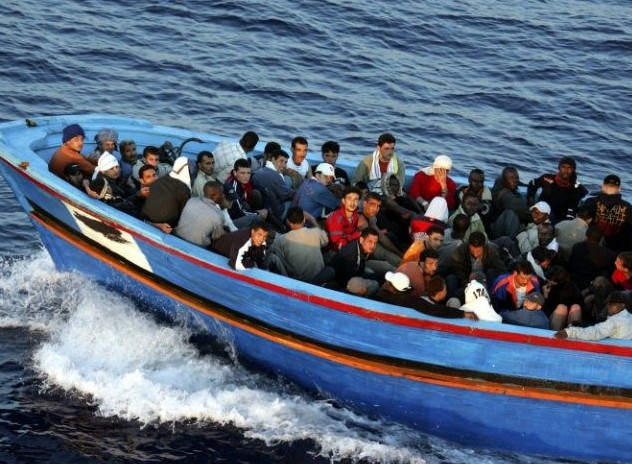 Ben Nasr Mehdi, a Tunisian who was first arrested in Italy in 2007 and sentenced to seven years imprisonment for plotting terror attacks with an Islamic State-linked group, was caught trying to re-enter the country last month.

Authorities discovered him among 200 migrants who were rescued at sea and taken to the island of Lampedusa. Although he gave a false name, migration officers identified him through finger print records, the Independent reports.

German channel n-tv claims the Italian government initially tried to hide the story to avoid “panic” and “scare tactics”. The news did not emerge until several days after Mehdi had been detained last week.

Mehdi was then interrogated for several days before being deported back to Tunisia, where he was handed over to local police.

The revelation will likely add to fears that Islamist terrorists are using the migrant crisis as a means to enter Europe.

In April, UKIP leader Nigel Farage told the European Parliament that terrorists would try to exploit the crisis. He told MEPs: “When ISIS say they want to flood our continent with half a million Islamic extremists they mean it, and there is nothing in [the Common European Asylum Policy] that will stop them.

“I fear we face a direct threat to our civilisation if we allow large numbers of people from that war torn region into Europe.”

The following month, Italian authorities arrested Abdel Majid Touil, a Moroccan accused of being involved in a terror attack on the Bardo museum in Tunisia. He had smuggled himself into Italy on a migrant boat in February.

Italian Interior Minister Angelino Alfano has until now insisted there is no evidence that Islamist terrorists are smuggling themselves into the country among the thousands of migrants, but his ministry has admitted that Ben Nasr Mehdi is exceptionally dangerous.

When police arrested him in 2007, they found explosive detonators, poisons and guerrilla warfare manuals. Prosecutors said he had been part of a group that was setting up militant cells that had recruited potential suicide bombers.

Authorities intercepted phone calls in which he indicated he had supplied instructions and contacts to terrorists in Damascus, thus marking him out as a senior operative.

Is there any doubt that this is just the tip of the iceberg? The red flags have been GLARING from day one…screaming at us ‘I am EVIL’ and the weaker leaders of the world just keep responding through their actions with ‘No You’re Not’ as they usher wolves in to dwell with their sheep.