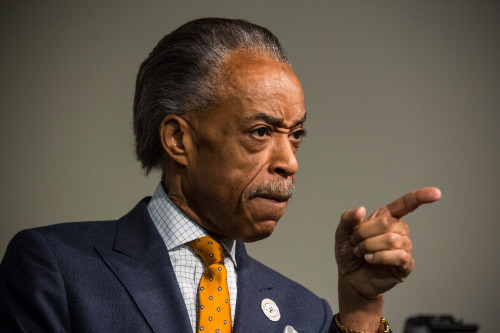 While Al Sharpton has been busy stoking the fires of racism and lecturing Americans about their supposed bigotry, he’s also been busy breaking the law.[2] You see, while most Americans of every color are paying their “fair share” of taxes (as defined by the IRS code), he’s been avoiding doing the same for years. But now, read on to see how his government-bilking party may be coming to an end.

Reverend and race-baiter Al Sharpton is just one of a handful of MSNBC hosts who sticks it to the IRS while clamoring that the rich aren’t paying their fair share, so it was only a matter of time before he had his comeuppance.

Though, it’s not as harsh as it should be.

Specifically, the bill contained within it a tiny little provision that authorized the State Department to revoke the passports of tax-delinquent Americans who owe the IRS more than $50,000.

Since the bill passed and will officially go into law on Jan. 1, 2016, this means that our good buddy Al Sharpton, who reportedly owes million in taxes to both the federal government and the state of New York, must as of 2016 remain inside the United States at all times (at least until he pays up, which he appears to have no intention of doing).

Justice and fairness apply no matter who you are. And giving one person a pass based on the color of his skin is…you guessed it, racism. Every American pays taxes, not the just the ones who aren’t buddies with the President. Well, that pass has expired Reverend Sharpton. I wonder what kind of sermon he preaches on Matthew 22:17-22?

For a little laugh, start at the :37-second mark…