Fentanyl is generally used as part of anaesthesia during surgical or other medical procedures. It is an opioid medication and can also come in a patch that releases the drug transdermally to combat pain.

Unfortunately, this drug is also being abused on the streets of Chicago[1]. 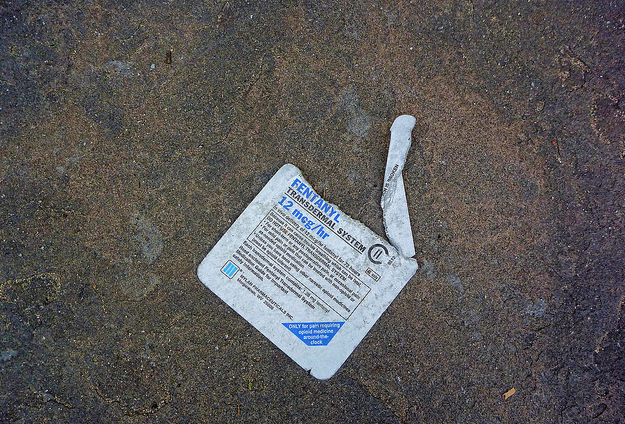 A drug 200 times more powerful than heroin has become an epidemic in Chicago, authorities report.

While the drug fentanyl has been abused in conjunction with heroin for years, police report that a new, even more powerful synthetic version of the liquid has hit the streets causing an uptick in overdose deaths in the region.

“It’s monumental. I have never seen anything like it,” Will County Coroner Patrick O’Neil told Fox Chicago[3].

Will County, a county bordering Chicago’s Cook County, has seen 53 overdoses and 18 deaths so far this year.

O’Neil speculated that many of the deaths have occurred because users thought they were buying regular heroin but were given the more powerful synthetic fentanyl and overdosed without realizing the danger.

The drug is one of the most powerful pain killers available and is often given to terminal cancer patients to ease their pain.

DEA officials note that much of this synthetic fentanyl is coming from China or is being made in amateur labs here at home. It is a drug law enforcement officials and emergency room doctors are seeing more and more often.

The new entry into the heroin onslaught is a frightening escalation. Already the nation has been swept with a heroin epidemic that is killing hundreds of Americans every month. According to the Centers for Disease Control, over 11,000 people died[4] from Heroin use in 2014, a number that has been quickly growing over the last decade.

Parents, please educate your children on the dangers of drugs. All it takes is one “slip up” for them to be gone forever.