Hillary Clinton is vowing to knock down all the walls that make it tough for immigrants to gain citizenship. VOW…is a strong word and that should be enough for people to do their best at keeping her OUT of the White House…[1] 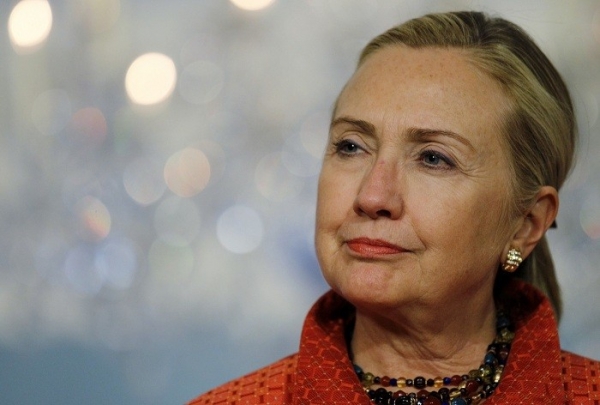 While pushing for votes in New York (a phrase we haven’t seen in the news since 1976) the former Secretary of State told her adoring audience that, if elected, she would make it a priority to create a new federal agency which would knock down “all the barriers” to citizenship, particularly for all of those Americans in Waiting who are in the country illegally. (Daily Caller)

Democratic presidential candidate Hillary Clinton said she would make it easier for immigrants to secure citizenship in a meeting with New York activists Wednesday, vowing to use her campaign to “knock down all the barriers.”

“The hassle of becoming a citizen is sometimes overwhelming,” Clinton said, referring to the millions of immigrants in the United States who are eligible for citizenship but have not applied. “We should not add a series of barriers.”

“I’m using this campaign to knock down all the barriers,” she added.

Clinton touted her plan to create a new federal agency called the Office of Immigration Affairs to streamline services to both legal and illegal immigrants in the Manhattan meeting, which was timed just ahead of a New York primary in which support of the Latino community will be important.
Well that’s just what we needed, isn’t it? Whenever there’s an issue to be addressed in Washington these days the first thing you want to do is create yet another sprawling federal bureaucracy to deal with it. Much like The Weed Agency, once such an entity is summoned into existence it remains in perpetuity, growing ever larger and finding new and inventive ways to not only justify its place at the taxpayer trough, but to continually increase its budget year after year.

The truly offensive part of this is that we already have a massive agency which handles precisely these questions. Adding yet another one is both expensive and offensive in an era when we’re supposed to be finding ways to consolidate resources and reduce costs. And when it comes to illegal immigrants who are in the country already, we have an agency to deal with them also. It’s called Immigration Customs Enforcement (ICE) and it’s in need of precisely the type of support which Clinton clearly doesn’t plan to provide.

Good grief, this woman needs to pick up another hobby…