ALERT: How Many ISIS Suspects Are Living IN Your State? – Prepare To Be SHOCKED!

When we discuss the horrific problems facing Europe as a result of the wave of Muslim refugees and terrorists flooding the continent, we in America speak as if we are hoping that it doesn’t happen here. The problem is that we already have a tremendous amount of suspected terrorists living here in the states. The below map shows that we are already in danger[1] even as President Obama seeks to import even more. 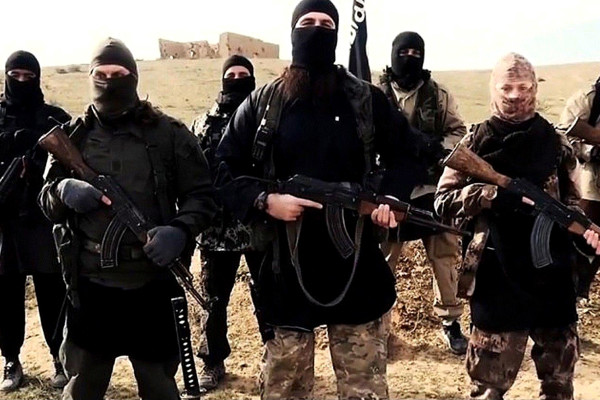 Forget for a moment that President Obama wants to let in 100,000 Syrian “refugees” that we can’t adequately vet, and may be carrying fake passports – let’s just talk for a moment about how many very bad guys (and gals) are already HERE.

This map shows the number of ISIS suspects in our nation by state – and this is only the ones we know.

Now, as you know, Donald Trump has built a campaign on closing the borders and putting a hold on Muslim immigration for awhile – which makes perfect sense IF the ISIS recruits are coming from other countries.

The problem is, it seems more and more they’re home grown. Just this past weekend, a 23-year-old Minnesota Muslim convert named Abdul Raheem Habil Ali-Skelton was arrested for threatening to “kill everyone” at a Walgreens – he already faces federal charges for lying to the FBI about his contacts with ISIS.

And today, we reported[3] on the confession of 20-year-old former cheerleader and honor student, Jaelyn Young, who converted to Islam in 2015 and was trying to travel to Syria with her fiancé to support ISIS. She faces 20 years in prison and a $250,000 fine.

These home grown ISIS supporters are a very disturbing development and downright frightening if it becomes a trend.

Ted Cruz was attacked when he suggested perhaps we ought to more carefully monitor Muslim neighborhoods. It may hurt the feelings of those who do not wish to carry out violent jihad, but when nearly a hundred percent of those who DO are coming from those very same neighborhoods, wouldn’t it make sense to gather a little intel?

It is an act of lunacy to even be discussing the possibility of importing refugees from a war-torn region with a strong history of insurgency. While there are many Syrians and Iraqis that are peaceful and seeking to flee the violence, what comes with such a population is a heaping amount of terrorists disguised as refugees.

We cannot and should not allow our nation to become awash in terrorist violence so that we may showcase to the world just how tolerant (and stupid) we are.

ISIS Suspects by State in the United States | InsideGov