Obama’s regime is now threatening Idahoans with legal action if they dare to mention the Muslim religion of perpetrators of the sexual molestation of a Twin Falls toddler. 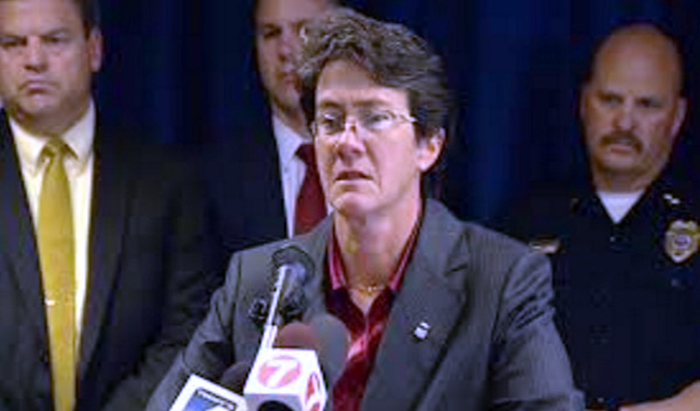 The case has been a big story in Idaho, but has flown under the radar for the rest of the country mostly because the old media establishment won’t report on it nationally. But what appears to have happened is that a group of Muslim “refugees” molested a small, mentally disabled girl in an apartment building in Twin Falls.

As Michelle Malkin described the case[1]:

Police and the local prosecutor’s office grudgingly confirmed that an investigation had begun into the incident. The victim: A mentally disabled 5-year-old girl. The alleged perpetrators: Three boys, ages 7, 10 and 14, from Sudanese and Iraqi immigrant families (predominantly Muslim) who have been in the country for less than two years — all but confirming that they are refugees.

Now we are another week down the road from the initial reporting of the case and we see an Obama-appointed U.S. attorney taking the very unusual step of intervening ahead of time on a local police case and warning everyone to stop connecting the perpetrators with Islam or she will prosecute them!

The Obama-appointed U.S. attorney for Idaho has taken the highly unusual step of intervening in a local criminal case involving an alleged sexual assault by juvenile Muslim migrants and threatened the community and media with federal prosecution if they “spread false information or inflammatory statements about the perpetrators.”

The U.S. Attorney in question is Wendy J. Olson who put out this warning:

“BOISE – The United States Attorney’s Office extends its support to the five-year-old victim of assault, and her family, at the Fawnbrook Apartments in Twin Falls.

“The United States Attorney’s Office further encourages community members in Twin Falls and throughout Idaho to remain calm and supportive, to pay close attention to the facts that have been released by law enforcement and the prosecuting attorney, and to avoid spreading false rumors and inaccuracies.

“Grant Loebs is an experienced prosecutor, and Chief Craig Kingsbury is an experienced law enforcement officer. They are moving fairly and thoughtfully in this case,” said Wendy J. Olson, U.S. Attorney for Idaho. “As Mr. Loebs and Chief Kingsbury informed the public, the subjects in this case are juveniles, ages 14, 10 and 7. The criminal justice system, whether at the state or federal level, requires that juveniles be afforded a specific process with significant restrictions on the information that can be released. The fact that the subjects are juveniles in no way lessens the harm to or impact on the victim and her family.”

“The spread of false information or inflammatory or threatening statements about the perpetrators or the crime itself reduces public safety and may violate federal law. We have seen time and again that the spread of falsehoods about refugees divides our communities. I urge all citizens and residents to allow Mr. Loebs and Chief Kingsbury and their teams to do their jobs.”

As WND reports, one critic of the U.S. Attorney’s actions calls the statement one that “threatens free speech: “It’s the federal government trying to intimidate into silence those citizens who don’t have resources or connections. This must mean we have hit a nerve with this administration.”