Liberal protesters are losing their damn minds. Their ‘crazy’ is being allowed to bubble up to the top[1] and make all their decisions. As a result, their behavior is less than human, more like an MONSTERS…and this is putting Trump in a very scary situation. Not that he hasn’t planned for it himself and for the good of his cause willing to deal with it… BUT now the whining, irrational imbeciles are threatening his family… 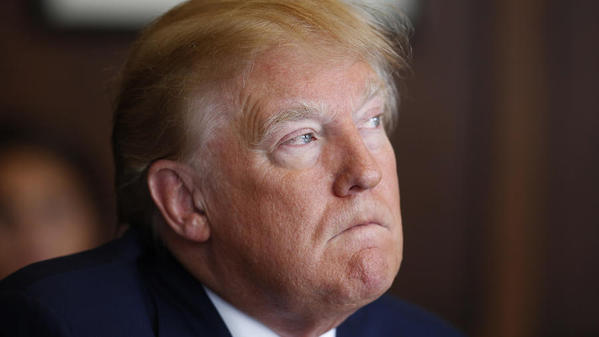 Trump and his family after several threats against their safety.

According to NBC News, the move comes in the wake of several threats made against Trump’s family.

On Thursday, police and the FBI responded to a suspicious envelope containing white powder that was delivered to Donald Trump’s son, 32-year-old Eric Trump.

According to Fox News, the letter was opened by Trump’s wife at their apartment on the 14th floor of the Trump Parc East in Manhattan’s Central Park South neighborhood.

The letter also contained a threat that Eric Trump’s children would be harmed if his father did not drop out of the presidential race. Preliminary tests on the powder have shown that it was non-hazardous.

NBC News would later report that a threatening letter was also received by Trump’s sister, 78-year-old Maryanne Trump Barry, in Philadelphia on Friday.

The letter to Trump Barry, who is a judge with the U.S. Circuit Court of Appeals for the 3rd Circuit, did not contain any white powder. There was no word on whether authorities think the two letters to be related.

Amazingly, the media continue to report this as if Donald Trump is the one responsible for this violence. We’ve seen the scenes on TV — leftist protesters screaming, blocking roads, scuffling with Trump supporters, running over street signs.

There is nothing more despicable than a sore loser who can’t let things go…and takes ridiculous measures to make themselves feel better. Please catch these fools and throw them in jail. They could use some toughening up. Cowards!