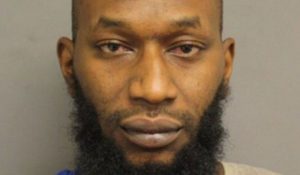 [1]Although this report doesn’t say what this man’s motive was, I think it’s pretty obvious. He was trying to sway public sympathy for Muslims. This is a classic Saul Alinsky tactic whereby Leftists burn crosses, hang nooses, or commit other kinds of hate crimes themselves to manipulate public opinion.

Washington Times[2] reports a man who was charged with setting fire to a Houston mosque on Christmas Day is a devout Muslim who said he worshipped there for years, authorities said Wednesday.

Gary Nathaniel Moore[3], 37, of Houston, was arrested early Wednesday morning, and appeared in court 7 a.m. that day for the Dec. 25 fire. U.S. Bureau of Alcohol, Tobacco, Firearms and Explosives Special Agent Nicole Strong said they don’t know a motive but added there’s no evidence that it was a hate crime, The Associated Press reported[4].

It took about 80 firefighters to put out the two-alarm blaze, which caused major damage at the storefront mosque in Savoy Plaza, near Wilcrest Drive and West Bellfort, the Houston Chronicle reported[5]. Court records said an investigation found five different points of origin, and a container of charcoal lighter, AP reported.