Allen West: My Personal Message to the Woman Who Wants American Sniper Banned 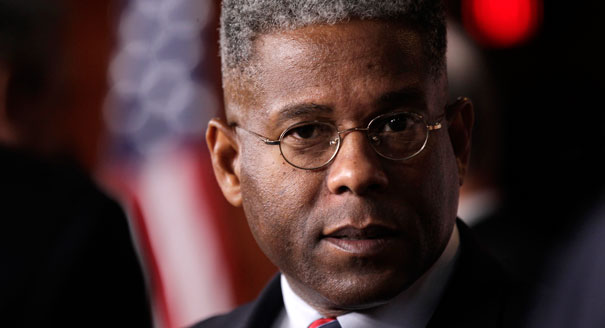 Some things happen, which if they weren’t so doggone absurd would just make me cry from laughter. Remember the Flintstones and the little green guy that would sometimes sit on Fred’s shoulder named Gazoo? Gazoo acted as the inner Fred voice as a counselor advising him on making the right choices and decisions. Someone here really needs a little Gazoo on their shoulder – or a kick up the wazoo – I’m not sure which.

See what I mean? I can tell you’re not sure whether to laugh, cry, or just be steaming mad. Perhaps you will embrace all the above in various phases or angst.

Just to put this into perspective, imagine some leader of a German nationalist group in American complaining about newsreel stories depicting the heroic actions of SGT Alvin York during World War I.

“This film is blatant racist, colonialist propaganda that should not be shown under any circumstances and especially not endorsed by a branch of student government that purports to represent me and have my best interests in mind,” student Farah El-Jayyousi, former president of the Muslim Student Organization, had stated.”

“She made the comments in a letter to the editor to The Maneater earlier this month, denouncing the decision to show the blockbuster – the highest grossing film of 2014. El-Jayyousi accused the movie of dehumanizing Muslims and glorifying the murder of Iraqis, and referred to Chris Kyle, the Navy SEAL featured in the film, as “a killer with no regard for human life.”

Hmm, let me think this one over. Chris Kyle suffered because he felt remorse for the fellow warriors he could not save. Oops, sorry, I forgot that Ms. El-Jayyousi apparently doesn’t deem the lives of our men and women combatting Islamic terrorism and jihadism as human life. Imagine how fearful she must have been after 9-11, the Boston Marathon bombing, Ft. Hood, the Moore, Oklahoma beheading, the USS Cole bombing, the Khobar Towers bombing, the Beirut Barracks bombing and I could go on but I believe you get my point.

How is that people now feel they can force censorship in America over a film that tells the story of an exceptional American hero? Does she side with the terrorists of al-Qaida in Iraq — they were savages and barbarians – and have rebranded as ISIS. If Ms. El-Jayyousi doesn’t feel safe on the campus of the University of Missouri, perhaps she would feel safer at the University of Tehran?

What part of the film “American Sniper” is racist, colonialist propaganda? First of all, Islamic terrorists and jihadists are not a race — they are non-state, non-uniform unlawful enemy combatants. And colonialism? Excuse me but thanks to a seemingly Islamist-sympathizing president — we withdrew from Iraq. We colonized nothing, so what are you talking about, other than inane drivel?

There is nothing problematic with this film besides the point that you ma’am are part of a group which has affiliations with the original Islamic terrorist group, the Muslim Brotherhood.

And your point is to silence any depiction of what Islamists do. Where is your condemnation of ISIS and their “regard” for human life, especially Christians and non-Muslims? I suppose that somehow slipped past your noticing.

You’ve come here to America to enjoy our vast liberties and freedoms, and now you seek to suppress one of our First Amendment rights.

There is no glorifying the murder of Iraqis — Chris Kyle killed the enemy. You ma’am should ally yourself with his exploits unless you walk as a sister with those jihadists and embrace their vision of global subjugation and death under the caliphate rule of Islam. Do you?

Ms. El-Jayyousi, I think you need to find your inner Kazoo and tell her to warn you when you’re about to say really insidious and incendiary things. And by the way, “American Sniper” was cheered on[4] by moviegoers in Iraq – people were inspired to believe that they could stand up against ISIS.

Ms. El-Jayyousi, I don’t hate you. Actually I pity you. You are living in the greatest nation the world has ever known. You came here to be a part of the great opportunities America affords all who walk her ground.

But there is something dark within you that precludes you from realizing how blessed you are — instead you seek to disparage someone who fought for our right to speak ill of him. And to the University of Missouri, I recommend you not ban the showing of this film — you are now a member of the Southeastern Conference and that’s not how we roll in the SEC!

What emotion am I feeling? One of immense pride and honor, knowing I was one of those who served in Iraq. I am humbled knowing that I hold one of the greatest titles in the world: American. I am smiling knowing this enemy feels emboldened at this moment, but they shall not prevail. I have comfort knowing that in the end, we shall triumph over this clear and present evil, which has entrapped Ms. El-Jayyousi, and others. My recommendation to you? Reject Islamic terrorism, jihadism, totalitarianism, fascism — because once we rid ourselves of this current presidential administration – it’s game on!

Bravo to Col. West! If the Islamic community wishes to not feel isolated in America, it is imperative that they try to distance themselves from radical Islam and efforts like this only weaken America’s Islamic communities by indicating a misplaced solidarity with those who hate America and are willing to fight the West with violence instead of words.