Liberals love to frame illegal immigration as a moral duty but far too many forget the real-world consequences of allowing millions of illegal aliens entry into a country that requires strict security screening to simply fly into U.S. customs. According to a report from Fire Andrea Mitchell[1], one such recipient of Emperor Obama’s unilateral and illegal amnesty raped a 10 year old girl.

Is this the “change” Obama promised? 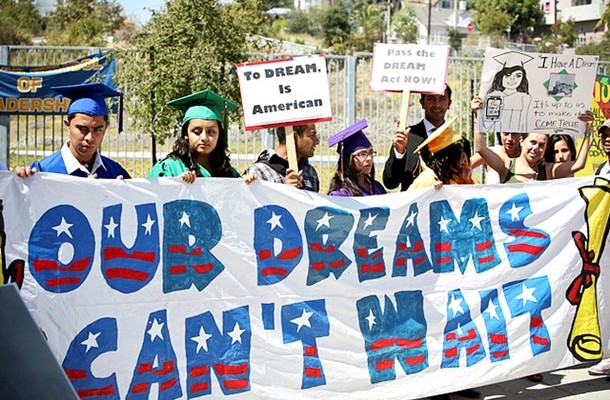 Hermes Rivera an Obama Illegal or ‘dreamer’ as Democrats like to call them admitted to having sex with a 10 year girl in New Orleans back in early April. Hermes Rivera is yet another illegal alien that shouldn’t have been in this country in the first place. Not only did Hermes Rivera get here because of the open borders policy of both the Democrats and Republicans, but he was never deported because of Obama’s executive order amnesty.

A man living in Kenner has been charged with three counts[3] of aggravated rape against a 10-year-old girl after the victim was seen in a video claiming they “made love,” police said.

The mother of the girl found the cell phone video on Thursday, April 16, 2015. It was recorded by her daughter. On it, the victim alleged that she and her mother’s boyfriend had “made love” three times.

After confronting her daughter, police said the 10-year-old victim told her mother it happened in their bedroom.

25-year-old Hermes Rivera admitted to police that he had sex with the victim three times between March and April 3, 2015.

Illegal immigrants, by having skirted our existing immigration laws, have demonstrated their lack of respect for our laws and institutions.