When Obama claimed that he had “a pen and a phone,” he didn’t realize that his successor would also have a phone and would be able to use it in such a way that makes him look more Presidential than anything Obama has ever done.

According to an unnamed source, Donald Trump made a phone call to the grieving wife of a slain NYPD officer to offer his condolences. While he could not be at the funeral, Trump wanted to make sure the woman knew that he was thinking about her in her time of need. THAT is what a President does. 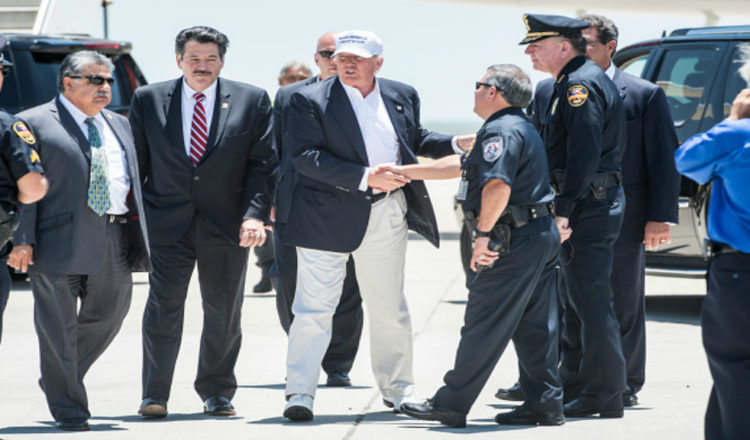 “I’m very sorry I cannot be there with you today. My thoughts and prayers are with you and your family during this difficult time,” Trump told the grieving woman, according to a source.

“I want to express my condolences from [2]me and my family.”

Compare this to Hillary Clinton lying to the faces of the families who lost their loved ones in Benghazi. Would you rather she be our President? I didn’t think so.

NYPD Sgt. Paul Tuozzolo was responding to a report of a break-in when he was ambushed and executed by 35 year-old ex-con Manuel Rosales. His wife is now taking care of their two children on her own and while a call from President-elect Trump probably isn’t going to mend her broken heart or give those kids their father back, it proves that Trump cares about people, which is exactly the opposite of the narrative Hillary Clinton and her Democrat cronies tried to push for a year and a half.

Whether you agree with Trump’s policies or not, you have to admit that this is probably the most heart-warming thing we’ve seen from a politician in quite some time.