American Businesses To Be FORCED To Have Unwanted MUSLIM Prayer Rooms

Apparently only Muslim employees pray[1]. And when they pray, they need a special room to do it in, provided and paid for by their employers, because why pray at your own desk when you can make your boss give you a special room? For the American Left which is usually so adamant about keeping faith out of the public square, this is just hypocrisy. Read on for details. 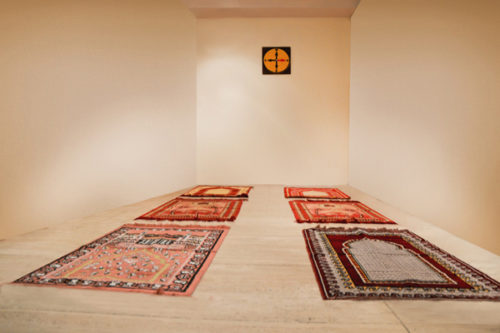 Expect corporate employers, and even small businesses, to bow to the religious requests of Muslim employees.

So what do they want?

“One of the main needs is prayer rooms,” Bloomberg News’ Carol Hymowitz said in a recent interview. “Devout Muslims pray as many as three times a day during the work day.”

And, she said, “They also want tolerance in terms of their dress.”

That means we’ll be seeing more women wearing a hijab, or headscarf, and men wearing prayer caps, a small, round skullcap.

Others say employers fear legal repercussions if they not kowtow to Muslims.

“The value you get back from an employee who feels welcome and accommodated for their religious practices is immeasurable,” Michelle Phillips, an employment law attorney, told Bloomberg News. “If employers don’t start taking these issues seriously, and put in measures to ensure that no one is subject to harassment, we’re going to see more claims.”

If Muslims get a special prayer room at work, then so should every other faith; Christianity, Judaism, Taoism, Rastafarianism, Wicca, Voodooism, Scientology, Hinduism…oh wait, those people just do their thing in private like grownups, and DON’T demand special treatment. But some demanding Muslims think they should get what no one else has. If no one else gets a prayer room, then Muslims shouldn’t either. Hey Muslims, pray, in private, at your desk or in the park, or at a local place of worship on your lunch break, like the rest of us do, but leave your demands at home where they belong. Your boss only owes you a paycheck, not a built-in mosque.