It is sad that in today’s world it is controversial for the American College of Pediatricians to make a professional statement[1] that children can’t choose their sex, that in fact it is determined by their DNA. But there it is, it’s controversial to suggest these facts to those who want to believe they can redefine their chromosomes, be something they are not. This courageous group of medical men and women whose purpose is the health and protection of children, have stood up and proclaimed with evidence, that current cultural fads do not alter biological reality. Read on for their succinct eight point statement. 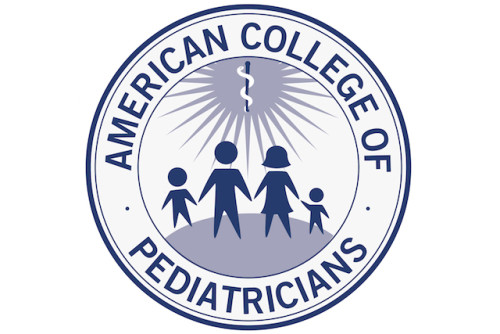 “The American College of Pediatricians urges educators and legislators to reject all policies that condition children to accept as normal a life of chemical and surgical impersonation of the opposite sex,” the statement, entitled “Gender Ideology Harms Children,” began. “Facts – not ideology – determine reality.”

The temporary statement, published Monday, March 21, with a full statement to follow in summer 2016, listed what the association ruled to be eight objective facts supporting their argument for why gender reclassification will now officially be classified as abuse:

6. Children who use puberty blockers to impersonate the opposite sex will require cross-sex hormones in late adolescence. Cross-sex hormones (testosterone and estrogen) are associated with dangerous health risks including but not limited to high blood pressure, blood clots, stroke and cancer.

7. Rates of suicide are twenty times greater among adults who use cross-sex hormones and undergo sex reassignment surgery, even in Sweden which is among the most LGBQT – affirming countries.

8. Conditioning children into believing a lifetime of chemical and surgical impersonation of the opposite sex is normal and healthful as child abuse.

There is no defense for intentionally confusing a child’s view of his or her biological sex. Doing so sets them up for a lifetime of angst, confusion and eventually resentment toward those who participated in this destructive game. When a child finds out that his parents used their power over him to willfully refuse to honor his biological identity and treat him accordingly, he will be angry. All the pain, all the fear, all the angst of going through school without a basic identity, will be redirected upon those who could have stopped it but didn’t. Parents who buy into this faddish and dangerous game will ultimately pay a high price in the form of a damaged relationship with their child. So kudos to the ACP for their brave and reasonable stance. Children need grownups to take care of them and that’s exactly what this group is; as opposed to the immature infantile crowd who believes we can choose our sex or that our DNA is a disease or is “wrong”.