American Who Joined ISIS Now Cooperating With FBI After Seeing THIS

An American who betrayed his country to join ISIS has described the moment he decided to quit the terror group after seeing ‘severed heads placed on spiked poles’ like a scene from the Middle Ages. So now we have him in custody and he seems to feel like he is garnering favor by helping the FBI with information. What’s disturbing[1] is that he still sees the practice of Islam and the teachings in ISIS as two very different focuses. He is wrong. 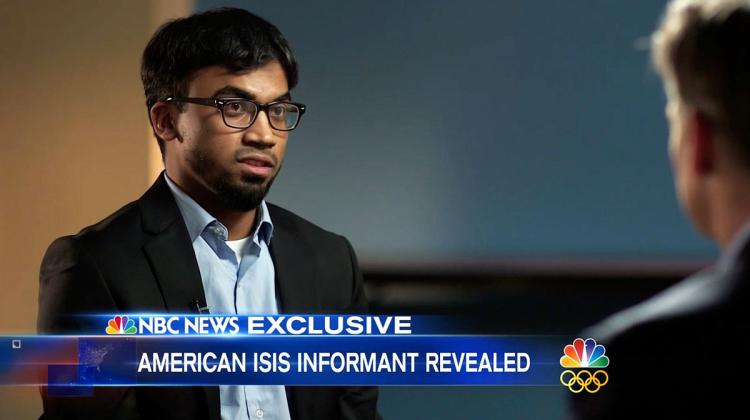 The 27-year-old New Yorker told NBC joining ISIS was ‘the worst decision I’ve ever made in my life’.
The man, identified only as Mo, said: ‘The Islamic State is not bringing Islam to the world, and people need to know that. And I’ll say that… till the day I die.’

Mo said he became indoctrinated by online videos and articles and flew to Turkey in June 2014 after being spooked by a doorstep visit by the FBI, who were probing his internet activities. He traveled overland to Syria but soon realized he had made a terrible mistake.

He saw Daesh fighters bullying people – one man arrested in the street just for smoking – and rapidly became disillusioned with the so-called caliphate.

The final straw came when he saw the aftermath of a medieval-style mass execution. ‘At one point towards the end as things were getting more and more serious, I did see severed heads placed on spiked poles. Like a lot of things, I just blocked it out,’ he said.

In the fall of 2014 he fled ISIS territory and made his way to a U.S. consulate in Turkey. He said: ‘It was a tremendous relief. When I got to the door of the consulate, I literally just banged on the door and I’m like, “Let me in”.’

The Islamic State is not bringing Islam to the world, and people need to know that.

He was charged with providing material support to a terrorist organization and receiving military training from a terrorist organization and faced between 10 and 25 years in prison. Mo immediately agreed to cooperate with the federal authorities, was debriefed and his sentencing was put on hold while he gave intelligence about ISIS’s strengths and weaknesses. He said: ‘I’m helping in every sense that I can to help rid the world of the evil that I saw and it’s an arrow in my quiver every time I help.’

Mo said he realized now that ISIS had twisted and corrupted the true meaning of the Koran.

If you are such a soft-headed dumb-dumb that you couldn’t tell what ISIS was when you signed up – Evil – you don’t deserve to see the light of day. When you leave to join ISIS and you are a grown-ass man with an adult sized brain, you don’t get a second chance. How easily swayed are you? You don’t seem to connect what ISIS is doing to the religion of Islam. You wanted to bring Islam to the world, well that’s what ISIS is doing. Does the Koran not speak of these acts? I don’t know how you and so many others can square calling Islam the religion of peace, when there is no peace AT ALL in its holy book, or it’s long standing history with the world. It is a cult of death and control.

My opinion? You don’t deserve to be here. You blew it. If I were in charge, I’d throw you back to where you came from after I drained all the info I could from you.