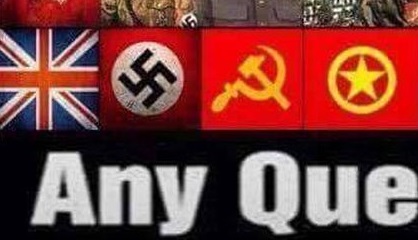 How this truth is not UTTERLY clear to Democrats is CRAZY! Gun control is so very OBVIOUSLY not the solution…but how do they continue to not see this?

Or maybe…they are not even human, but mindless robots that do whatever they are told to do. 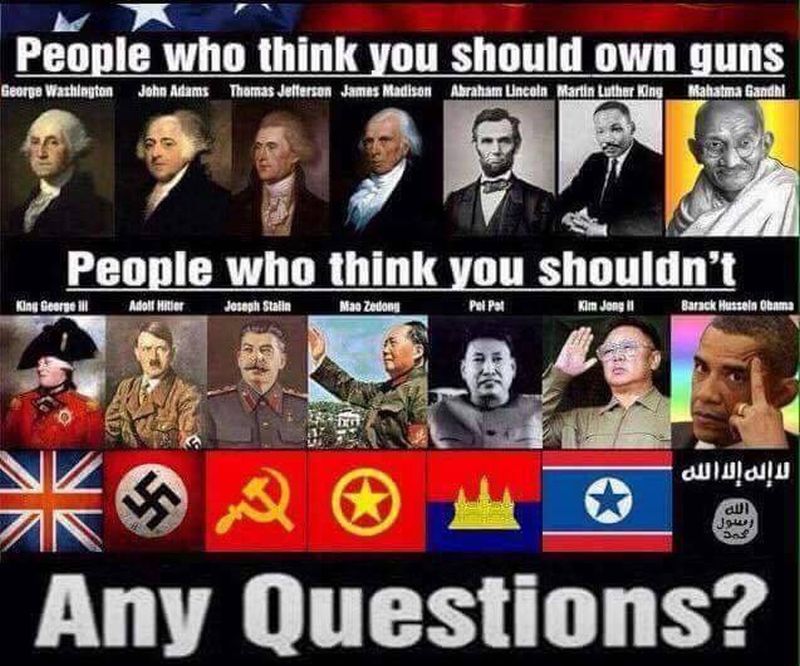 I’m surprised that it took this long for liberal Gun Grabbers to come up with this duckspeak. First, we have Gawker saying that police unions should support the massive disarming of people who have committed no crime, so, violate their 2nd and 4th Amendment rights. Then

Beyond the headline, there’s very little content to support that notion. Paragraph after paragraph after paragraph is simply the typical gun grabber point of view. Blaming the NRA, trying to blow away the good guy with a gun idea (you should check This ain’t Hell, but I can see it from here most days, and see the Feel Good Stories, like Monday), all the typical talking points. We finally get to the end

What False Dichotomists fail to realize is that, true to their label, they have set up a false dichotomy between “bad guys” and guns. It doesn’t have to be one or the other; both can be – and are – part of the problem. The fact of the matter is that guns are designed to kill much more easily, rapidly, and efficiently than most other objects – including trucks. So it stands to reason – and the data in different states indicate – that certain gun-control measures are the most effective cure for this part of the problem. These measures include expanding background checks, requiring rigorous background checks for all online and gun-show purchases, requiring a license for gun ownership, renewing the federal ban on assault rifles (both automatic and semi-automatic), repealing these ridiculously permissive open-carry and concealed-carry laws, and raising taxes significantly on bullets (“bullet control”).

In other words, enact heavy restrictions on the 2nd Amendment in order to disarm law abiding citizens, leaving them at the mercy of people who don’t follow the law. This would also violate due process, since people are having their rights stripped without even being accused of a crime.

The NRA and their Republican supporters’ enthusiastic encouragement and passage of lax gun laws and policies over the past 30 years have sadly enabled hundreds of thousands of senseless, needless deaths and injuries. It’s high time, then, that they atone for their destructive influence by renouncing the same old unproductive, callous platitudes and canards and finally getting on board with a sensible multi-pronged approach that includes gun control. In the end, this is really the only way to honor the Baton Rouge and Dallas police officers who were viciously murdered – and to better protect all of the police officers who are still serving.

Got that? Massive Constitutional violations of law abiding citizen’s Rights is the only way to honor officers slain by criminals, many of whom have been emboldened by the very Black Lives Matter rhetoric emanating from the same gun grabbers.