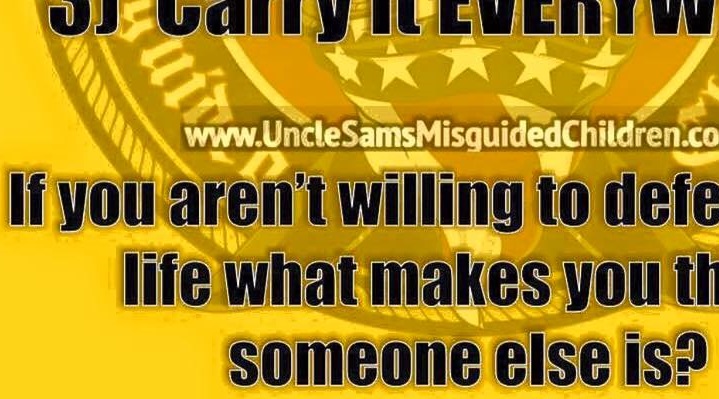 Only an idiot could view ‘Gun Control’ as an answer to the danger that faces us now more than ever before under Obama’s rule. There has always been right and wrong, good guys and bad guys, and it’s Obama’ America that is trying it’s damnedest to blur that line with just one word…. TOLERANCE.

Sorry Liberals, bad guys are bad guys, and if they mean to do the innocent harm…then there will be consequences in AMERICA’S America. Screw Obama’s. 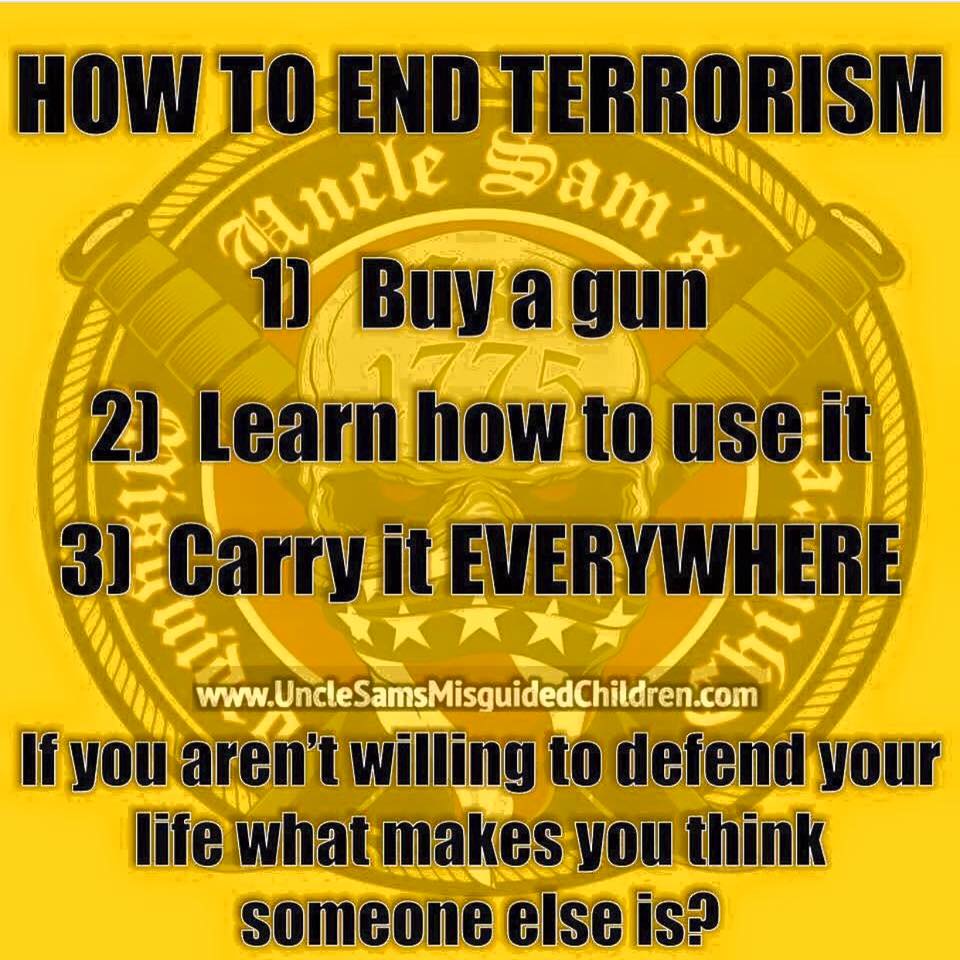 In a strange twist that involves the concept of “common sense” – liberal Amy Schumer wants to deploy gun safety instead of gun control. She took to Twitter to express her feelings about gun control. Although, liberals are sometimes sneaky. Let’s see if she’s legit about what she says a few months (or minutes) from now. I don’t believe Amy is sincere in this. She’s a Hillary Clinton supporter. I’ll be shocked if Amy Schumer doesn’t pull a Hillary and flip flop when it’s convenient. 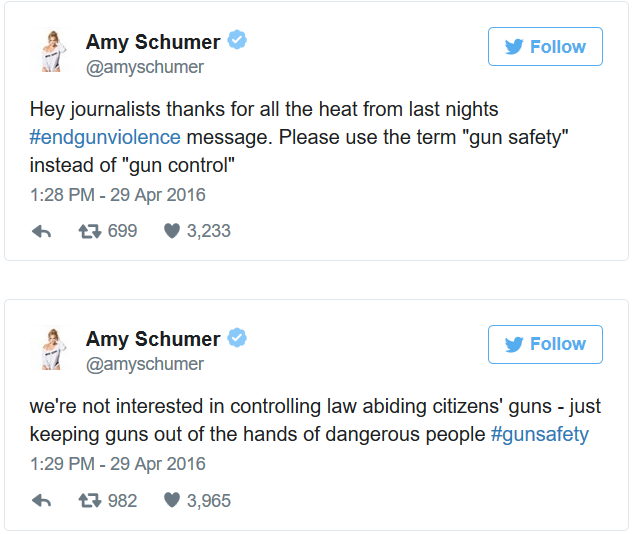 Remember folks, criminals don’t follow laws. The only gun control we need is knowing how to control our guns!