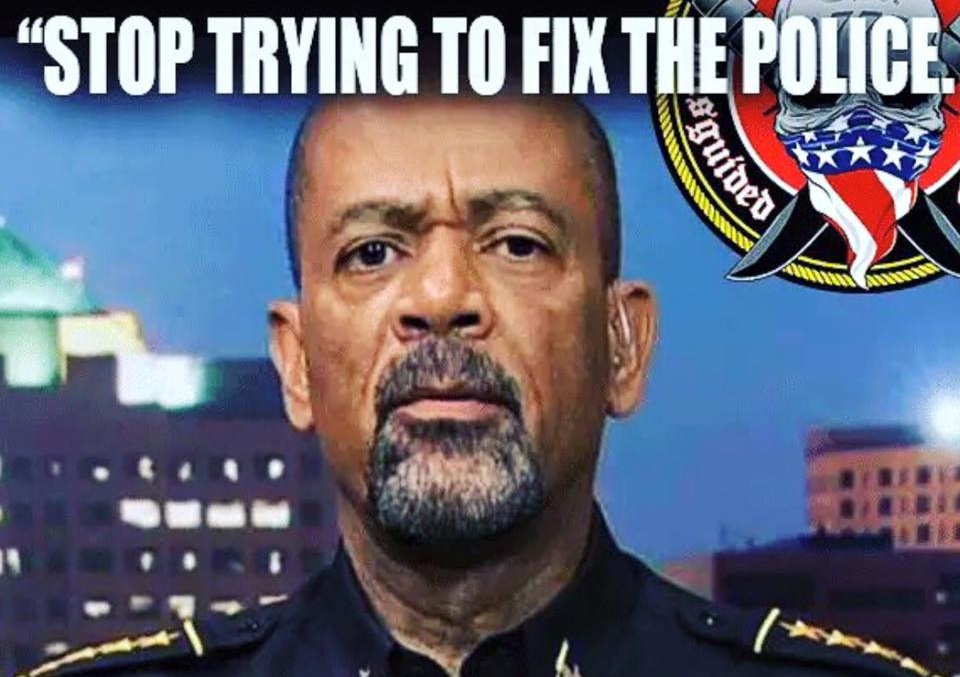 There comes a time when talk is no longer effective. That time has come and the Sheriff is no longer going to be diplomatic. Now it’s time to let the TRUTH out.

May it CUT where it stands… 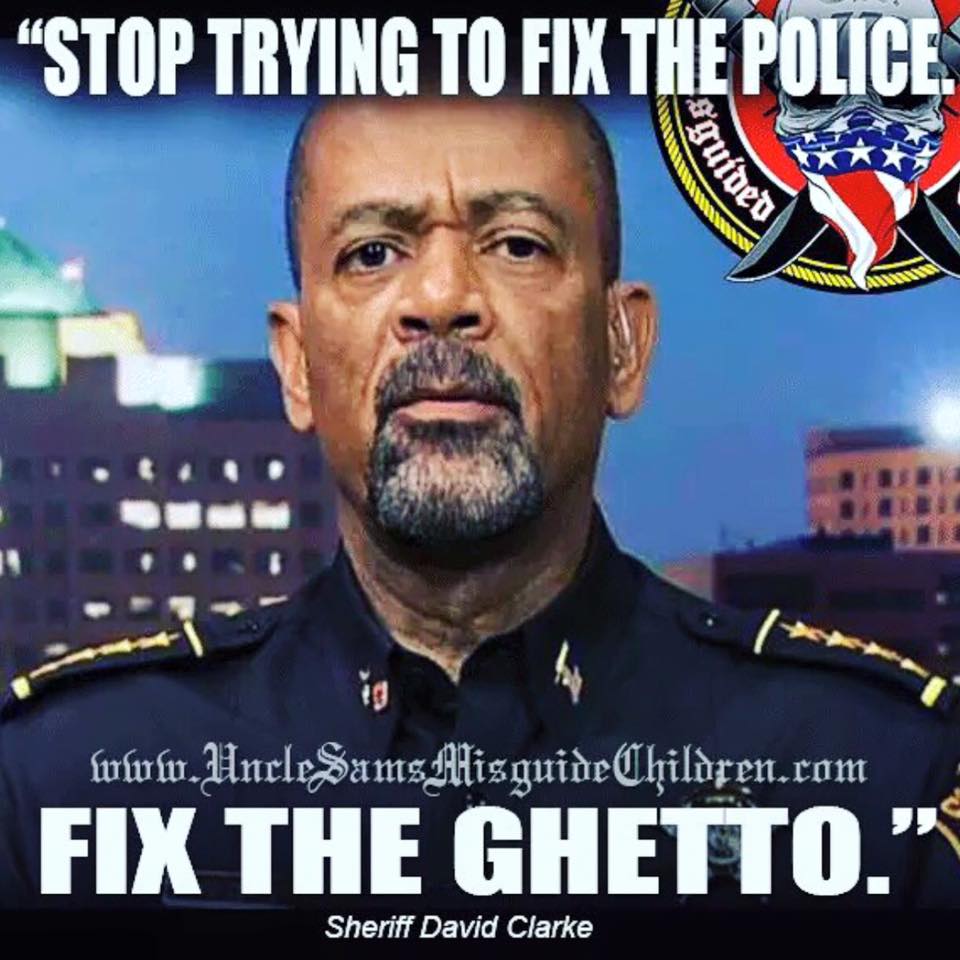 There are those among us who genuinely believe that the Black Lives Matter movement is extremely harmful to race relations in the United States, and one of those people is Sheriff David Clarke.

Well, despite the sycophantic media fawning, it would appear not everyone thinks #BlackLivesMatter is a group with whom you may want to leave your Pomeranian as you grocery shop. No, that’s not racist. Not everything is racist. Stop it. Because in (non)shocking news, over 100,000 people have signed a White House petition calling for #BlackLivesMatter to be labeled a terrorist organization. Yes, people signing a petition at WhiteHouse.gov is hardly breaking news. After all, anyone can start a petition there for any reason, including an all out ban on Nickelback. We know that. But we’re examining the bigger picture here.

Based on the definition of terrorism provided, #BlackLivesMatter might qualify. If you still think they’re not terrorists, maybe read this story about #BlackLivesMatter. And don’t forget the speaker in this video, calling for cops to be shot…

Terrorism is defined as “the use of violence and intimidation in pursuit of political aims”. This definition is the same definition used to declare ISIS and other groups, as terrorist organizations. Black Lives Matter has earned this title due to its actions in Ferguson, Baltimore, and even at a Bernie Sanders rally, as well as all over the United States and Canada. It is time for the pentagon to be consistent in its actions – and just as they rightfully declared ISIS a terror group, they must declare Black Lives Matter a terror group – on the grounds of principle, integrity, morality, and safety.

So looking at this definition of terrorism, logic would conclude that yes, #BlackLivesMatter is a bit terroristy. What with their calls for violence, use of intimidation, and general ass-hattery. Even if that ass-hattery takes place at a Bernie Sander’s rally. Of which we admit to having ourselves a bit of a chuckle. But the most troubling rhetoric from #BlackLivesMatter would have to be calls for cop killing. Calling for the killing of cops is what some of us in the industry call a “red flag.”

Therefore 100k people did the best thing they could think of doing. Sign a petition. Hey, there are first steps one must take, and I can’t think of a better option here. The media is turning a willfully blind eye on the actions of #BlackLivesMatter at best, at worst they’re actively aiding and abetting the group. ALLEGEDLY.

I love it! Now, before any liberals get their panties in a twist, we’re NOT advocating the silencing of this group. We only want them to be labeled according to their behavior. Don’t like it? Then perhaps you should confront the group about their behavior.