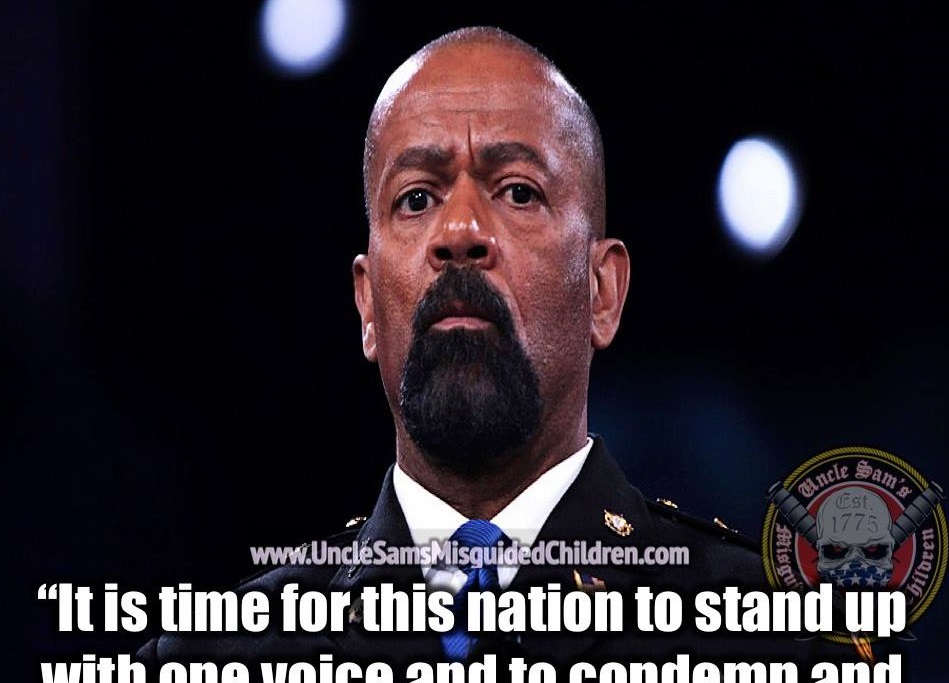 I don’t know about you, but I for one, have no more patience for the movement being called BlackLivesMatter. I am the first person to have compassion for others and I understand that everyone has their own struggles with injustices in this world. Because…it’s just not a fair world all the time.

But, their race-baiting, cop hating ways have gotten good men killed. Men who wanted nothing more than to serve and protect, and by doing so, lost their lives over a senseless agenda that is based on ‘hurt feelings’ not actual facts and truth.

The white man is not to blame for your problems, neither are police officers to blame for the deaths of morons who think they can be criminals with zero consequences. Criminals are not the victims and it’s time that these crazy leftists remember that. 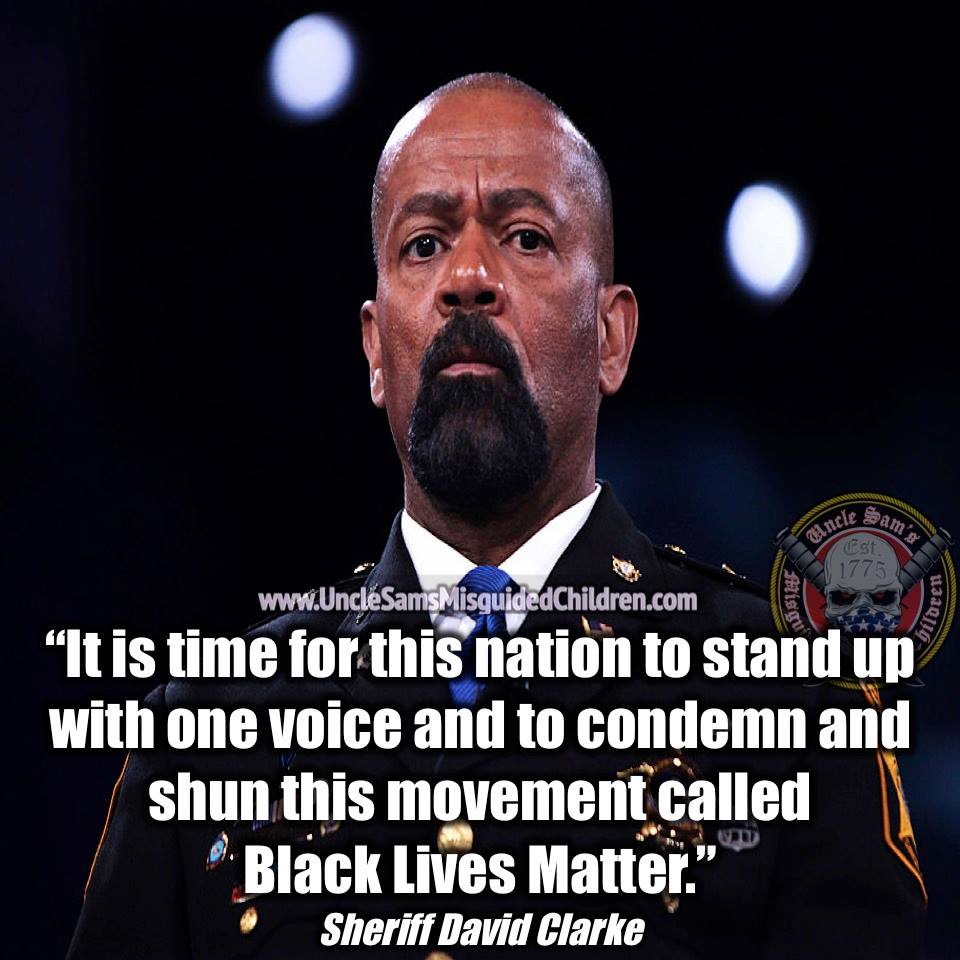 There is a tremendous difference between calls for black pride and black supremacy. Being engaged in the racial issues of America does not make one racist; working to institute a racial hierarchy in society does. Louis Farrakhan is a black supremacist and a proponent of violence and hatred. When asked about his role in the national discussion concerning race as of late, the always candid Sheriff David Clarke gave a forceful and awesome response.

Sheriff David Clarke was asked if the recent offer by Nation of Islam leader Louis Farrakhan to provide security for Beyoncé Knowles will improve things or make them worse. Clarke responds without hesitation, “It’ll make it worse. Look, I don’t care who she hires as private security as long as public resources in the form of police officers aren’t used.”

He goes on to caution Knowles not to be too hasty in who she chooses, saying, “She’s got a good brand, she’d better be a little careful with it. I can’t believe that she would crawl in bed with the devil that I call Louis Farrakhan. If Lucifer had a son it would be Louis Farrakhan. This guy spews hate, racism, he’s an anti-Semite. He, last September, called for ten thousand black men to rise up and kill ten thousand white people.”

Sheriff David Clarke said, “Recently, last fall, Farrakhan came to Milwaukee and his staff had the nerve to call my office and ask if we would provide security for him, to which my response was, ‘Seriously?’” Clarke replied to Farrakhan, “No, if you guys paid me I wouldn’t provide security.”

Sheriff Clarke was asked if the positives of Farrakhan don’t outweigh the negatives as far as being role models for the community. Clarke has a succinct response to that question as well. He replied, “There are enough positive black role models in central cities, in large cities across the United States, to not have to scrape the bottom of the barrel for Louis Farrakhan to be held up as a role model. “

Clarke said, “Look, this guy, he comes in, he spews that hate, he’s very divisive. He has done nothing to improve black life in any city in America. And I think that’s a guy who should be shunned. And if you’re a parent out there, you should keep your sons and daughters away from the likes of Louis Farrakhan as a role model. If you do you’re going to do nothing but lead life in a downward spiral.”

He summarizes, “So Farrakhan can do what he wants, he can say whatever he wants, but when it comes to being a positive role model in the black community in America, he is not that.”