Well, this is an interesting “religious freedom” challenge[1]. And it could effect all current – and future gun owners – defending on which way it goes… 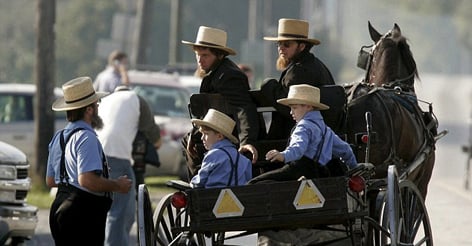 An Amish man is suing the government for the right to buy a gun without a photo ID over claims his religious freedom is being violated.

Andrew Hertzler, from an Amish community in Lancaster County, Pennsylvania, filed the lawsuit after an gun dealer refused to sell him a weapon without the correct identification.

He claims the federal law requiring photo ID clashes with his beliefs which prevent him from being photographed.

The lawsuit, filed on Friday in U.S. Middle District Court, says the requirement violates both his Second Amendment right to bear arms and the Religious Freedom Restoration Act (RFRA).

Part of the Amish religion is that they aren’t allowed to have their picture taken, which would make him unable to get the photo ID needed to purchase a firearm. This case probably won’t get a lot of media attention, but is definitely one to keep an eye on.