Ann Coulter was no joke with a series of insulting Tweets she shot off yesterday after the results of the Iowa Caucus were released…or rather, she was ALL jokes[1], at least they sounded like jokes on the outside but I’m pretty sure on the inside they were pure Ann Coulter TRUTH DAGGERS! 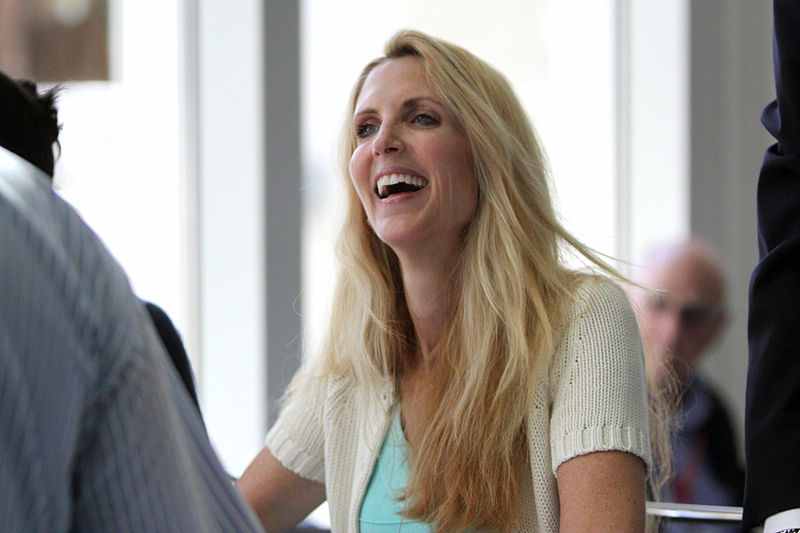 Despite results showing Ted Cruz as the clear winner, the conservative commentator had a different view.

Trump is the leading GOP vote-getter tonight, among natural-born-American candidates.

Other candidates, like Ted Cruz and Marco Rubio, were summarily trashed by Coulter.

Based upon exit polls, Rubio seems to have gotten the lion's share of the Prevaricating Little Weasel vote.

Who's gonna break it to grinning little Marco that in the real world, 3rd place = participation trophy?

Has Cruz stopped speaking yet? I went out to get a sandwich 40 minutes in.

The only scandal bigger than Hillary's denial of her email scandal is Rubio's denial of his support for amnesty.

Fox is slyly denigrating Cruz by ignoring him. IT APPEARS HE'S ABOUT TO WIN. But it's all hands on deck for the sweaty little Mario.