Anonymous Baltimore Cops to CNN: Public Asked for ‘Softer’ Police Force, They Got It

Baltimore is poised to be the next Detroit- a lawless place where violence is accepted. It’s not because Baltimore is broke; it’s because liberal insanity has come to dominate the police department. Now, two police officers have spoken out[1] about the consequences of creating a “softer” police force. 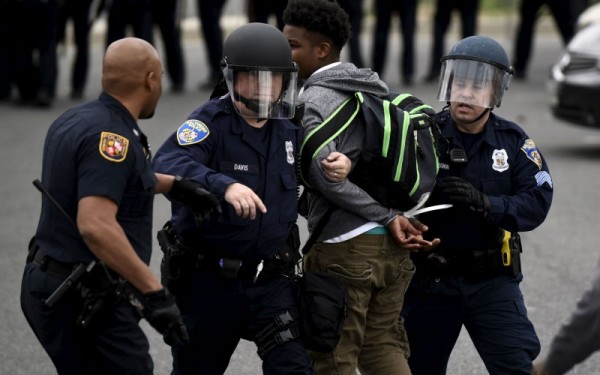 Two Baltimore police officers spoke through voice-altering technology[3] to CNN’s Brooke BaldwinWednesday morning, telling her that cops are in a “reactionary mode” since the criticism of the department over the death of Freddie Gray while in police custody.

Violence has spiked in Baltimore[4] since a supposed “police slowdown,”[5] in which officers pull back from their duties when they feel a lack of city and community support. The officers said police are still responding to emergency requests, but have stopped initiating policing, instead retreating into a “reactionary mode.”

“Even though you have reasonable suspicion…nine out of 10 times, that officer is going to keep on driving,” one officer said.

Why cops are allowed to do this nobody knows, but the two anonymous officers told CNN that the situation creates a boon for criminals.

“The criminal element feels as though that we’re not going to run the risk of chasing them if they are armed with a gun, and they’re using this opportunity to settle old beefs, or scores, with people that they have conflict with,” the officer said. “I think the public really, really sees that they asked for a softer, less aggressive police department, and we have given them that, and now they are realizing that their way of thinking does not work.”

Perhaps the saddest thing about this is the fact that these officers spoke out with darkened faces and electronically-altered voices. They are so afraid of the consequences of telling the truth, so afraid of the “tolerant” left that they are discussing events like a mafia snitch in the witness protection program.