Another Early Favorite GOP Candidate Drops Out of Presidential Race

Two Republican sources told CNN that there is yet another presidential candidate that will be throwing in the flag, suspending his run for President. He is expected to make the announcement today[1]…and announce which candidate remaining HE will endorse! 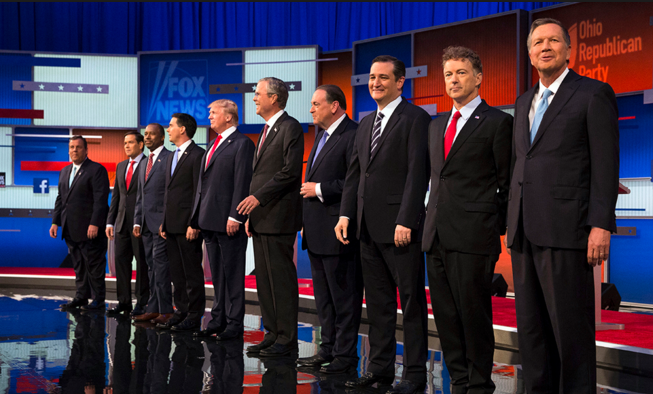 Former Sen. Rick Santorum (R-PA) will announce on Wednesday night that he is dropping out of the presidential race, CNN reported Wednesday afternoon.

Santorum won the 2012 Iowa caucuses and ended that race with the second-most number of delegates to eventually GOP nominee Mitt Romney. But he was unable to capture any momentum this year, despite extensive barnstorming efforts in Iowa[3].

The Santorum sources did not say whom Santorum would endorse. When asked about a possible endorsement, Florida Sen. Marco Rubio said he hasn’t spoken to the former Pennsylvania senator on Wednesday.

Nightcap: Trump regroups in New Hampshire while Clinton and Sanders prepare to clash | Sign up

Santorum faced a drastically different landscape this year than he did in 2012. A crowded field of 17 Republicans and lackluster early polling kept him off the main debate stage for each of the GOP debates. He also faced competition for the hearts evangelical voters, particularly from Ted Cruz.

His retail politics were also no match for the media-centric, playbook-defying campaign of Donald Trump, the brash billionaire who left little room for candidates to win a moment in the spotlight.