Kenneth Williams is an evil nasty man. Williams was a killer without a conscience. He was caught for killing Arkansas University cheerleader, Dominique Hurd in 1998 and after being sentenced for life turned around taunting the family saying “You thought I was going to die, didn’t you?” While in prison he admitted to killing another person but the details are shady. This sick-o eventually did get the death penalty but for crimes he would commit later. After escaping from prison in 1999 in a 500-gallon barrel of hog slop, he killed Cecil Boren in cold blood, then crashed a car into a delivery truck, killing the driver. If anyone has had their fill of murder, it’s Kenneth Williams. 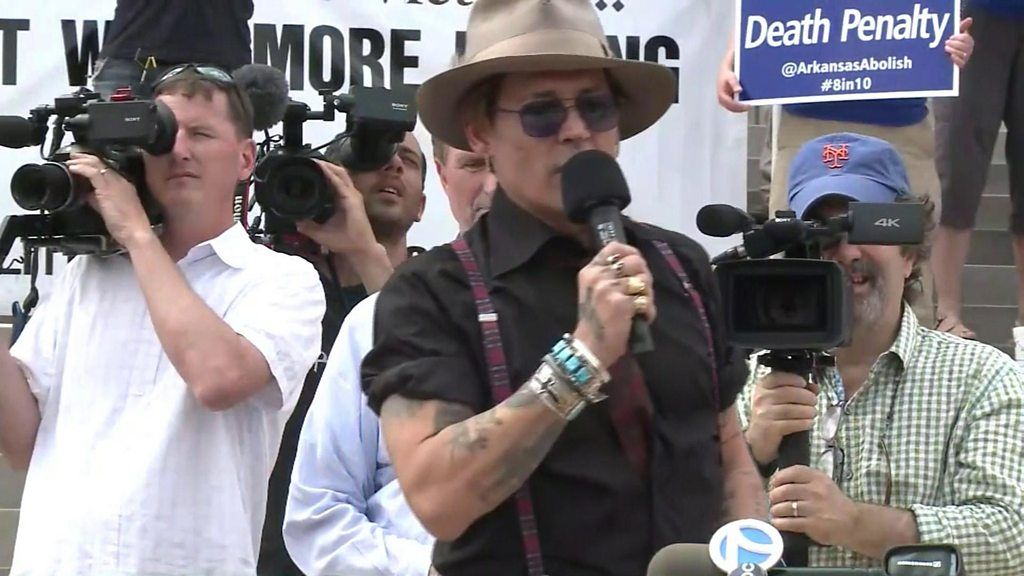 Needless to say, Williams is a murderer who appeared to see no value in human life or at least for the 3 lives or so he took. So fast forward a couple decades later… when it comes time for Williams final part of his punishment for murder—death. There are some who say the death penalty [2]is cruel, especially in the case of Williams which is why executions are typically done with drugs that bring about painless death.

Williams was the fourth death row inmate executed in Arkansas this week. People have complained because three minutes into his execution Thursday night, Williams’ body jerked 15 times in quick succession — lurching violently against the leather restraint across his chest — then the rate slowed for a final five movements, according to an Associated Press reporter who witnessed it.

Williams’ attorneys released a statement calling witness accounts “horrifying” and demands an investigation into what they called the “problematic execution.” The Governor of Arkansas, Asa Hutchinson, quickly responded that there was no reason to conduct anything more than a “routine review” that takes place after an execution because the execution went according to protocol.

“It was obvious to me there was not any indication of pain,” Hutchinson said at a news conference Friday. “This ten seconds of movements on his part was described as coughing without noise.”

In an interesting move, he state was trying to carry out as many lethal injections as possible before one of its drugs expires Sunday. But while it may seem like many, these were people already waiting for their time to have their sentence finished out and some had been waiting decades.

Do you think Arkansas should be under investigation because a cold-hearted killer moved a bit more than normal during his less than 20 minute execution? Or is Williams death sentence penalty satisfied fully and completely by the law?

John Hawkins’ New book ‘101 Things All Young Adults Should Know’, he teaches in chapter 10 of the book that ‘People are what they are and probably are not going to change much once they reach adulthood’. Williams was who he was and unfortunately he had to pay the price for robbing innocent people of the right to life, the price was his own.