One of the many things from the Chattanooga shootings to be outraged over is that, because the recruitment center was a gun-free zone, our MARINES were not able to defend themselves. As a result, citizens from Texas[1], Alabama[2], and Tennessee[3] are taking matters into their own hands. 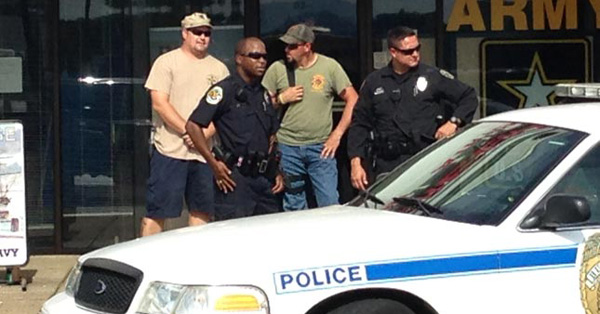 “No one else is protecting them,” says Brandon Curran one of the armed men who has been standing on guard.

Also, Governors in Texas, Indiana, Oklahoma, and Louisiana have all ordered their state Guardsmen to be armed.  In Florida, the Governor moved recruiters from store fronts to armories.