As human beings, our right to self-defense supersedes any laws abridging the Second Amendment. Further, it definitely supersedes any silly rules set by companies concerning this inalienable right. One man, a pizza delivery driver, recently learned[1] that to keep the bad guys at bay, sometimes you need a little firepower. 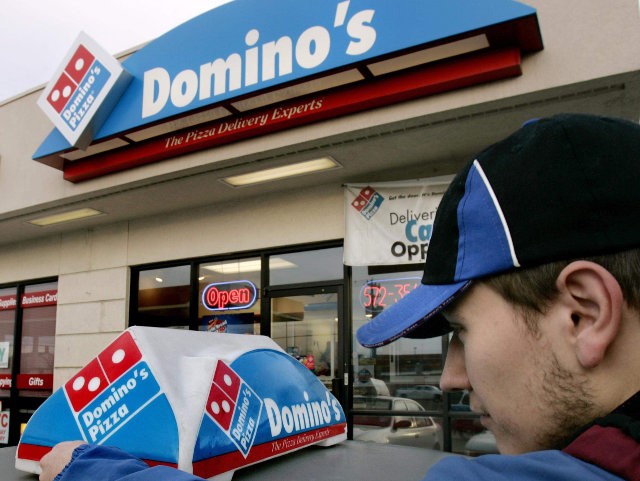 On June 24, a Domino’s Pizza delivery driver was approached by two alleged robbers who demanded his money. The driver pulled his gun and opened fire, killing one of the suspects.

The incident occurred in Hollywood, Florida, “Just after midnight.”

According to NBC Miami[3], “The delivery worker was returning from a few deliveries when two suspects approached him and attempted to rob him.” He pulled his gun and shot, killing one of the alleged robbers and causing the second one to flee.

Witnesses say the driver fired six rounds at the suspects, and a Domino’s Pizza spokesman said, “The company is fully cooperating with authorities but can’t comment because there is an active police investigation.” It remains to be seen how Domino’s will handle the fact that the driver was armed. After all, Domino’s policy is to prohibit drivers from being armed for self-defense.

On February 11, Breitbart News reported[4] that at least eight Domino’s drivers had been shot–three of those killed–since the start of 2012. And these figures do not include the number of drivers who were beaten at gunpoint and locked in the trunks of their own carsduring this same time period.

Nor do they include the horrific February 8 armed attack[5] on a female driver in California, who was forced to drive to another location before allegedly being raped and robbed.

Throughout these attacks, deaths, and sexual assaults, Domino’s Pizza has refused to abandon their policy of barring drivers from being armed for self-defense.

It is astonishing to see companies continue to bar employees from arming themselves. However, employees should remember that the right to self-defense trumps any of these silly rules.