Days after drug traffickers shot down a U.S. Customs and Border Protection Helicopter on the Texas/Mexico border, the agency is getting some back up in the form of two armored Blackhawks. Unlike the helicopter, the Blackhawks are armored against small arms fire. 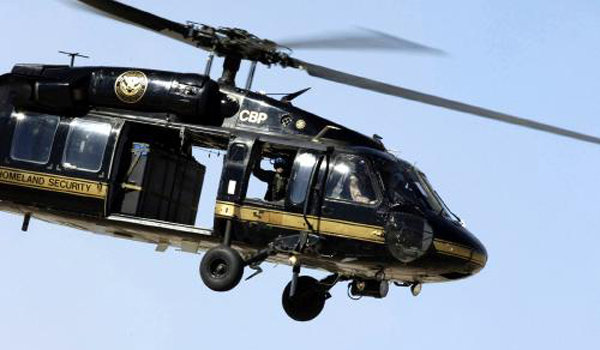 CBP plans to send two UH-60 Blackhawk helicopters to south Texas in the wake of last Friday’s helicopter shooting incident. The Blackhawk is armored against small arms fire of the sort used in the recent incident, carries a larger crew than the EC120 helicopter currently used in the area, and is well suited for operating in a higher threat environment. The move is expected to occur this week; CBP continuously reviews the conditions of the border environment and deploys its resources accordingly.

The first helicopter was forced to make a emergency landing when it was shot at by AK-47s. Thankfully, because the pilots vest was on the floor of the copter, it blocked the bullets and wound up saving his life.