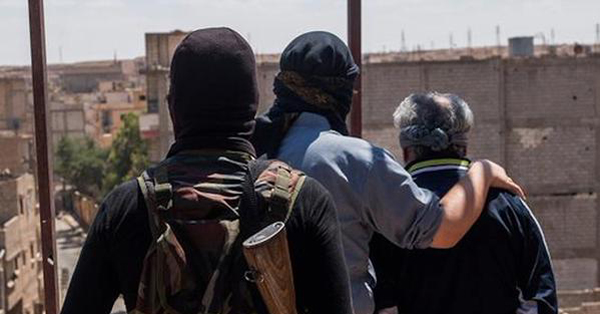 As the world reacted — many in celebration — to the Supreme Court’s ruling on same-sex marriage in the United States, ISIS reportedly threw several gay men off the roof of a high rise building in Syria.

According to the Daily Mirror, hundreds of people gathered to watch the execution. In a video uploaded by the supposed murderers, the men are flung from a five-story building.

Video and photos of the supposed executions circulated on Twitter with the hashtag “#LoveWins,” which was used across the world on social media in response to Friday’s historic decision in which the Supreme Court legalized same-sex marriage in the United States.

The video has been removed due to it’s content.  Earlier in June, ISIS post photos of two gay men being thrown off of buildings.  Despicable.