Is this America? The Obama administration had the DEA and AFT record the license plates of attendees of gun shows. 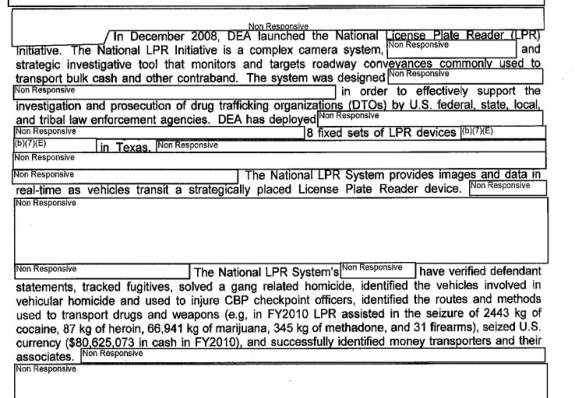 The DEA and ATF cooperated to record the license plates of attendees at gun shows.

The DEA equipment is able to capture images of occupants inside the vehicle.
Guns.com reported:

The insight comes from a damning report released by the ACLU this week on a secretive program by the U.S. Drug Enforcement Administration to build a massive database of license plates images collected by automated license plate reader devices. As part of this investigation, emails released through the Freedom of Information Act detailed a planned cooperation between the DEA’s National License Plate Recognition initiative and the Bureau of Alcohol, Tobacco, Firearms and Explosives to scan and record the plates and vehicle images of gun show attendees.

“DEA Phoenix Division Office is working closely with ATF on attacking the guns going to [redacted] and the gun shows, to include programs/operation with LPRs at the gun shows,” reads an April 2009 email.

The time and place mentioned in the email coincides with known information on the Justice Department’sFast and Furious operation, a controversial “gunwalking” scandal that possibly transferred as many as 2,000 guns to drug traffickers in Mexico. That program was run out of the Phoenix ATF Field Divisionoffice, just two miles from the DEA office.

The DEA launched the license plate reader program in December 2008 after the November elections.

The Obama government is doing everything in its power to attack the 2nd amendment and the people who hold it dear. We as 2nd amendment supporters need to step up and protect our right before it is taken away by gun grabbing socialists.