The St. Landry Parish Sheriff’s Office Capt. Clay Higgins in Louisiana is known for his incredible, no-nonsense attitude toward criminals and street gangs.

So when this Louisiana law enforcement agency released this video to the area’s local street gang, it immediately became a hit. 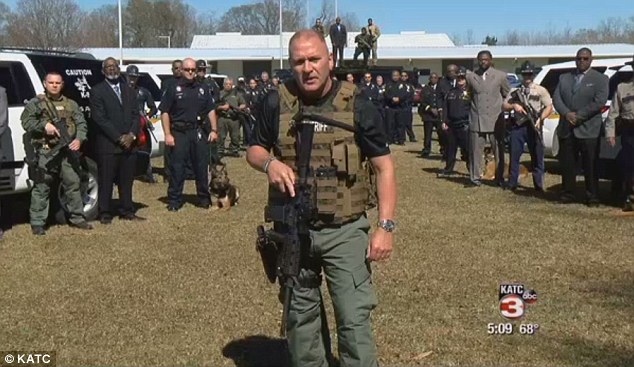 A Louisiana police captain has sent out a blunt message for members of a local street gang.

‘You will be hunted. You will be tracked. And if you raise your weapon to a man like me, we’ll return fire with superior power,’ said Captain Clay Higgins in a video message, as he stood flanked by officers from more than a dozen Louisiana law enforcement agencies.

Higgins said a gang known as the Gremlins had been terrorizing the local community around St. Landry Parish, where the captain is based.

This is what police departments are supposed to do and how they are supposed to act towards criminals. But, instead, liberals have turned law enforcement into something that is essentially a bad word.