AWESOME VIDEO: Young Phenom Who Tore Obama To Shreds Is Back For Al Sharpton

CJ Pearson, a 12 year-old, sees what many, many Americans do not: President Obama is a fraud. Pearson rose to be an internet sensation when he took on the 44th president in a viral video. Now, he’s calling-out professional race-hustler Al Sharpton. Western Journalism[1] reports: 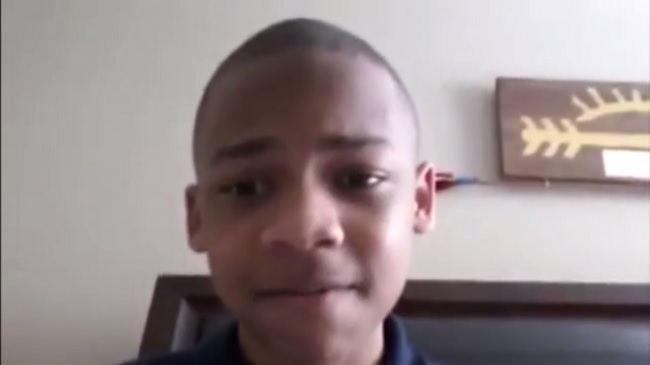 Western Journalism back in February showed you the outspoken 12-year-old CJ Pearson[3] becoming an overnight YouTube sensation by backing and doubling down on Rudy Giuliani’s claim that Obama doesn’t love America.

Well, the young phenom is back; and this time, he has his eyes set on Al Sharpton.

Much like what he did with President Obama, Pearson lights into the “race-baiting” ‘reverend’ and is fed up with Sharpton being the supposed voice for his community.

The young man hits Sharpton hard for two minutes, then finishes him off by calling him a “waste of human flesh.”

Folks, if a 12 year-old can see this, why do so many still listen to America’s most-obnoxious race hustler?