AWKWARD! Jill Stein’s OWN Running Mate Just THREW Her Under The Bus!

You know you’re on the wrong side of an issue when even your former running mate is telling you that you need to calm down.

It’s one thing to ask for a recount when there is a razor-thin margin by which a person lost, but to demand a recount in states that you “think” might have suffered from the very voter fraud you denied even existing… well that’s just hypocritical at best. Absolute madness at worst. 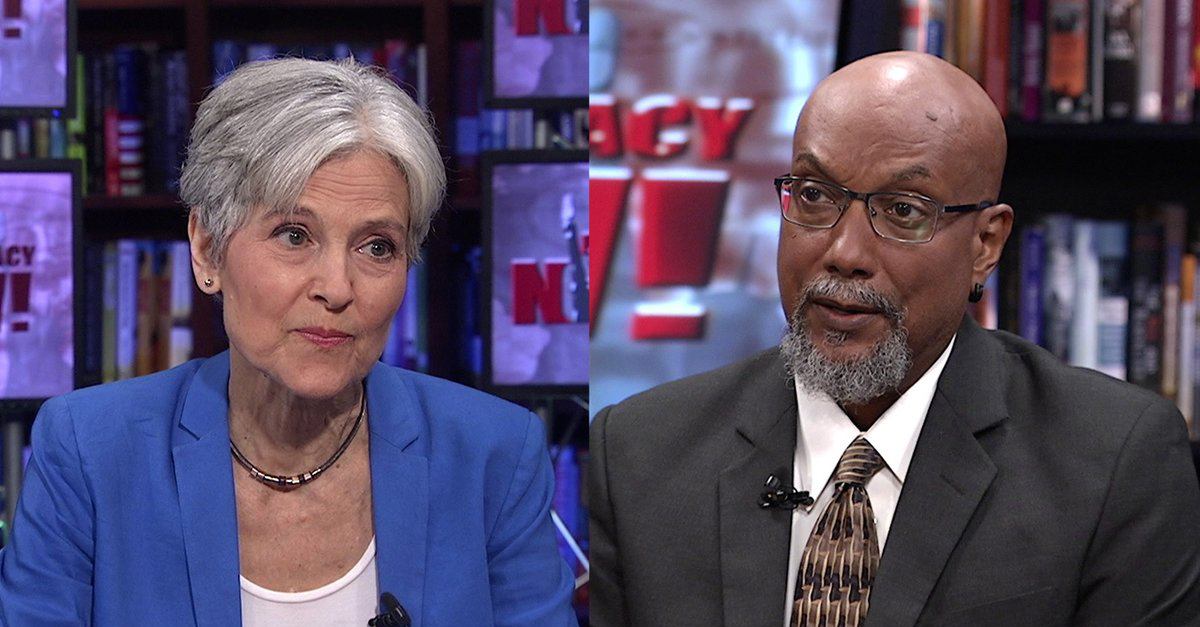 Ajamu Baraka[2] spoke with CNN about Jill Stein’s decision to request a recount in several states where they claim “manipulation” took place. Stein even went as far as to allege that “Russian hackers[3]” were involved.

“I’m not in favor of the recount,” Ajamu Baraka told CNN… Baraka said he told Stein the recounts were a “potentially dangerous move.”

“It would be seen as carrying the water for the Democrats,” he said. “The recount effort has resulted in serious questions regarding the motivations of the recount that threatens to damage the standing and reputation of the Green party, its supporters, and activists…”

Why is the Green Party is so interested in the outcome of a race that was essentially between a Republican and a Democrat? It seems very important to Stein to change the outcome of the election, but why? Did Hillary Clinton promise her something if she could potentially get the election reversed?

While that’s just speculation, it does seem a little suspicious, at least to me.

Perhaps this is a convoluted way to get people interested in the Green Party’s platform and make them care about Global Warming. I mean, why not? This whole year has been stranger than any I can remember, so why not sprinkle in a little more crazy for flavor?

In all seriousness, thank you, Ajamu Baraka, for bringing common sense to not only CNN, but the political arena as a whole. It’s sad that the voice of sanity here had to come from the Green Party, but it’s true that even a broken clock is right twice a day.