Donald Trump is being harassed in the press for having the audacity to merely point out the obvious: that illegal immigration poses a significant threat to the safety of our nation’s citizens. As Trump weathers the bad press, Fox News’ Sean Hannity asked[1] Arizona Sheriff Paul Babeu if Trump was right. 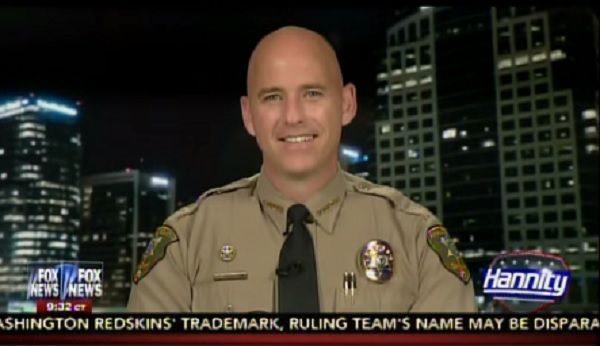 Sheriff Paul Babeu: It’s a huge problem. He’s tapping into the anger that I and every American should feel. He’s going a little bit broader with a brush when he characterizes… It’s these criminal illegals, 30,000 last year that were released. And the numbers you quoted earlier, the murderers and the rapists. Who can justify the fact that they remain in our country? What do we think they’re going to do?

The left tries to frame this discussion as being “pro-Latino” and “anti-Latino.” In reality, it’s those who are opposed to crime versus those who support it. Not every illegal immigrant is a cold blooded killer, but each and every illegal is, in fact, a criminal as they flagrantly disobey our nation’s laws by coming here.