Baltimore firefighters blast POTUS’s ‘one fire’ lie; which of the 159 ARSONS was he talking about?

President Obama claimed that there was only one fire set during the Baltimore riots.  Apparently, he should have learned about it[1] on the news first. 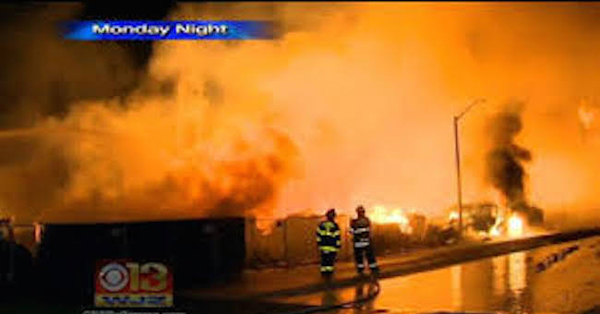 The Baltimore Sun reported that on Monday night alone, those “peaceful protesters” who “did it the right way” set 159 fires. Also 20 police officers injured and 235 arrests were made.

Violence ruled Baltimore Monday night, after the funeral of Freddie Gray, with numerous fires breaking out around the city, several shootings were reported, and city schools and business closed. Gov. Larry Hogan declared a state of emergency, and will set up his department at an office in Baltimore.

So, he was only off by 158 fires.  I guess that’s withing the margin of error?