For many instances, the issue of right and wrong is fairly clear. Do the crime, do the time. But when we consider crimes that may occur as a result of psychological damage accrued as a result of military service, these issues become far less clear. Further, when we consider that some US veterans are being kicked-out of their adopted homeland for these crimes[1], the issue becomes even more complex and there doesn’t seem to be a “right” answer. 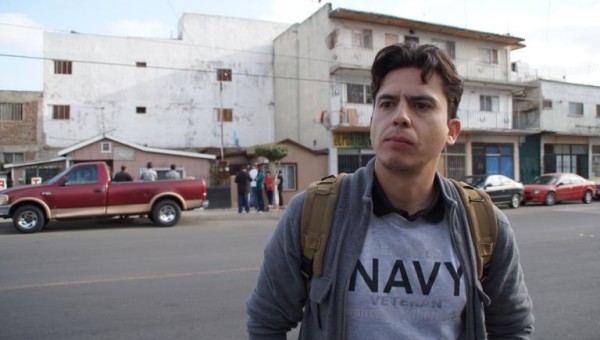 They served the United States on battlefields from Korea to Iraq, but now they live in the shadow of the nation they once served, deported to Mexico for offenses as minor as getting caught with marijuana.

While many U.S. veterans find adjusting to civilian life difficult, writing a bad check, possessing marijuana or getting into a bar fight are enough to get some veterans banished from the nation they fought to protect. That’s because they were not citizens when they donned the uniform and took up arms for America. Any U.S. obligation to them ended when they got in trouble with the law.

“Some people get out of the military and go back to communities with good support systems and some don’t,” said Hector Barajas, 38, one of several veterans who lives in the Deported Veterans Support House, a modest building in the Otay Centenario neighborhood on the east side of Tijuana. “Many of the men being deported served in Vietnam and didn’t get the treatment that we’re supposed to get.”

Reminders of their service and evidence of their patriotism adorn the walls of the home known as “The Bunker.” Draped in flags, decorated with military memorabilia and photos, the 1,000-square-foot, three-room building is a step up from the cramped apartment Barajas used to share with fellow “banished veterans.” At any given time, there are half a dozen or more men living in the home, just 3 miles from the San Ysidro border crossing.

Although Barajas has become the patron saint of deported veterans, his journey to The Bunker is not unique. He moved to the U.S. as a 7-year-old, and became a legal resident through his parents. When he was old enough, he joined the U.S. Army, landing in the fabled 82nd Airborne Division where he served from 1995 to 2001.

Not long after he was honorably discharged, Barajas was arrested after an incident in which a firearm was discharged from his vehicle. No one was hurt, but he pleaded guilty and did two years in prison. He was deported for the first time in 2004, and again in 2009. He left his wife and young daughter behind in California.

In Mexico, Barajas battled drug addiction for years before getting himself clean in 2013. By then, he also had found an underground community of similarly situated veterans who had come back from the wars in Afghanistan and Iraq only to be sent across the border. He opened his apartment to as many as he could, and nearly two years ago, Barajas and his band of brothers moved into their current digs.

Structure, chores and self-reliance help the veterans tap the discipline they once knew in the military, and aid Barajas in keeping order. When one lodger moves on, another is always there to take his or her place.

For Barajas, it is more than just a halfway house. From The Bunker and through the nonprofitdeportedveteranssupporthouse.org[3], he tries to help U.S. vets who show up at his door or find themselves sent to as many as 22 different nations, including Bosnia, Ghana and Ecuador. Much of his time is taken up by long-distance counseling and political advocacy.

“We support deported veterans on their path to self-sufficiency by providing assistance in the realms of food, clothing, and shelter as they adjust to life in their new country of residence,” reads the organization’s mission statement. “Ultimately, we hope to see an end to the need of our services as we advocate for political legislation which would prohibit the deportation of United States service personnel, both former and current. We advocate for veterans and their families.”

According to Barajas, the soldiers and sailors he helps face endless problems — from the possible loss of native citizenship to the possibility of criminal charges awaiting them in their original country for their service in the war.

No federal agency tracks the number of deported U.S. veterans, but some immigration advocates estimate there are hundreds, if not thousands. Barajas says he is aware of more than 300 spread throughout the world and typically sent home to their birth countries even though they often have no family or connections there.

Most deported veterans were permanent residents, or green-card holders, at the time they enlisted, according to Department of Defense spokesperson Lt. Cmdr. Nate Christensen. He said about 5,000 documented noncitizens sign up for the military every year.

The military does not require citizenship, just status as a lawful permanent resident. The Pentagon estimates that up to 65,000 noncitizens are now serving in the U.S military. A prominent incentive for joining is that the resident will be fast-tracked to naturalized citizenship. But a brush with the law before the paperwork is complete means expulsion.

In one particularly cruel irony, honorably discharged veterans like Barajas remain eligible for VA benefits and medical treatment for injuries suffered during their service. But most of these benefits lie in the U.S., beyond their reach.

“I’m still entitled to a military funeral and the VA will pay for the marker,” he said. “I can’t come back now, but I can be buried in Arlington. Only then will they give me an American flag and say, ‘Thank you for your service.’”

This issue invites a delicate quandary. While none should be above the law (including the President of the United States), do these soldiers who incur damage as a result of their service deserve more leeway than they are receiving?

Or, alternatively, were they given an opportunity which they blew?

Truly, I wish I had the answer. What do you think?