Because He Has a Criminal Record, a Homeowner Now Faces a Weapon Charge After Shooting Two Intruders In His Home

None of us want criminals armed and committing crimes with these weapons. However, criminals obtain weapons regardless of the law; as the title would suggest, a criminal is a criminal because he does not care about the law. That’s what makes this recent report from the Daily Mail[1] so galling. A man is now facing a criminal charge for having shot two intruders in his home- not because he wasn’t allowed to defend himself, but because he did it with a weapon he wasn’t supposed to have. 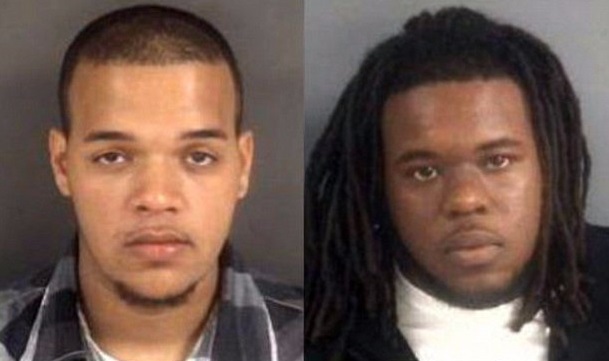 A homeowner who shot two intruders who broke into his home has been charged with gun possession.

Harold Williams, 42, of Fayetteville, North Carolina shot the two men, Roy Lee Hawk, 27, and Martize Douglas, 23, who said they were armed, as they forced their way into his home on Friday evening.

Williams was not harmed during the incident.

Hawk and Douglas have been charged with breaking and entering, common law robbery and felonious conspiracy.

Responding officers arrived at the scene of the incident on March 13 at about 5.13pm following a report of a home invasion, according to WNCN[3].

Hawk and Douglas broke into Williams’ home while demanding money and property in the house.

At the point that they announced they were armed, Williams took his handgun and shot them both.

Douglas fled the scene before going to the hospital two hours later, while Hawk was unable to move due to his injuries, according to WRAL[4].

He left the home once emergency responders arrived and took him to Cape Fear Valley Medical Center.

I’m sure the civilian disarmament crowd would have much preferred for Mr. Williams to have been another dead body produced from a want of firearms; still, the old adage rings truer than ever before: “It’s better to be judged by twelve than carried by six.”