Being presidential has been rendered meaningless in post Obama era 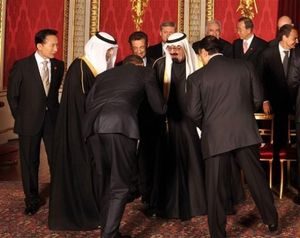 [1]A lot of pundits be it in television, radio or print are questioning whether or not a given candidate can be perceived as “presidential”?

My contention is this.

Having elected a (pot smoking, baby killing, always apologizing for his country, trading one deserter for 5 terrorists, wanting to take away people’s guns, while giving Iran nuclear weapons, community organizer from the Southside of Chicago), twice–anybody can be president.