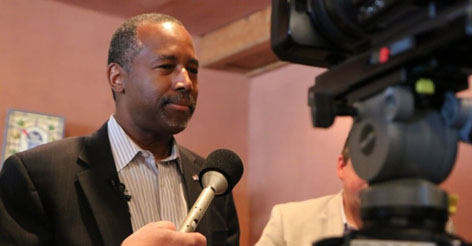 “The number one cause of death for black people is abortion. I wonder if maybe some people might at some point become concerned about that and ask why is that happening and what can be done to alleviate that situation. I think that’s really the important question…”

“Maybe I am not objective when it comes to Planned Parenthood, but you know, I know who Margaret Sanger is and I know that she believed in eugenics, and one of the reasons you find most of their clinics in black neighborhoods is so that you can find a way to control that population,” Carson said. “I think people should go back and read about Margaret Sanger who founded this place – a woman Hillary Clinton by the way says that she admires. Look and see what many people in Nazi Germany said about her.”

He then encouraged people to go seriously read about Margret Sanger. Yes, the same Margret Sanger that Planned Parenthood named an award after and gave to Hillary Clinton.