A well-spoken, conservative, African American man who thinks for himself and doesn’t conform to the victim mentality? He’s clearly an extremist and must be stopped! Dr. Ben Carson has found himself gracing the watch list of The Southern Poverty Law Center simply for challenging mainstream liberal beliefs. That alone makes him my hero.[1] 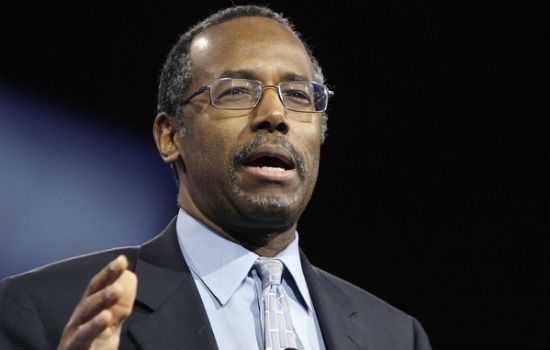 The Southern Poverty Law Center (SPLC), like so many liberal institutions started decades ago, began with noble intentions. Today, however, they serve as a partisan group dedicated to a brand of political extremism that they, ironically, purport to work against.

They throw around terms like “extremist” and “terrorist” in order to intimidate and sensationalize. While so many on their “extremist” list are, by most measures, extremists (Klan members and other assorted neo-Nazis), they also include many who represent a challenge to the liberal narrative.
In 2011, they notoriously included Kentucky Senator and potential 2016 presidential candidate Rand Paul on their list. Like him or hate him, it’s ridiculous to include Rand Paul on a list that includes KKK members.
Now, they are including famed neurosurgeon and potential 2016 presidential candidate Ben Carson on their list of “extremists.”
The reason, according to the SPLC, seems to be little more than the fact that Carson supports traditional definitions of marriage and that he famously spoke-out against Obama’s policies at the National Prayer Breakfast in 2013.
Evidently, supporting the longstanding institution of marriage and taking issue with the Dear Leader’s failed leadership is enough to qualify for entry on the SPLC’s political hitlist.
The SPLC explains[4] why he’s on the list: (Emphasis added)

Although the book amplified Carson’s name recognition, the breakout incident that made him a sensation in far-right political circles was his audacious public criticism of President Obama, who was sitting nearby at the National Prayer Breakfast in 2013. He lectured Obama on the national debt, called for a tax system along the lines of biblical tithes and touted health savings accounts that could be inherited by family members as a better option than any government plan. Rush Limbaugh, Sean Hannity and other right-wing political commentators lavished praise on Carson. The Wall Street Journal headlined a positive review of the speech “Ben Carson for President,” noting that he may not have been politically correct, “but he’s closer to correct than we’ve heard in years.”
In a March 2013 appearance on Fox News’ “Hannity,” Carson bolstered his standing with hardliners by appearing to equate gays who wish to marry with pedophiles and humans who have sex with animals. Although he later apologized for the remark, claiming it was taken out of context and asserting that he loved gay people just as much as straight people, his words triggered an avalanche of protest from faculty colleagues and students at Johns Hopkins. He had been scheduled to deliver the university’s commencement address just two months later but withdrew rather than stoke further controversy. At around the same time, Carson, at age 61, announced his retirement from Johns Hopkins, effective July 1, saying he wanted to leave surgical practice at the top of his game….

Legal Insurrection[5] makes a good point about the real-world dangers of the list, saying,

Landing on SPLC’s Extremist list can be politically deadly[6], and also deadly in the real sense.  TheFamily Research Council[7] made the list because of its position on same-sex marriage, inspiring Floyd Lee Corkins to go on a murderous shooting spree at FRC headquarters[8].

The “extremist watch list” is little more than a liberal temper tantrum that can cause a lot of problems for the people on it. As Legal Insurrection states, the list can put a target on the back of those named and it may green light violence for crazies.
Endnotes: