How many horror stories about the evil and corrupt nature of Hillary Clinton do we need to hear before we really understand who she is? Well, if you haven’t already been convinced, here is one more for you. You probably won’t be surprised. But you should be disturbed, because she has the potential to be our next president of The United States of America. Scary, right? 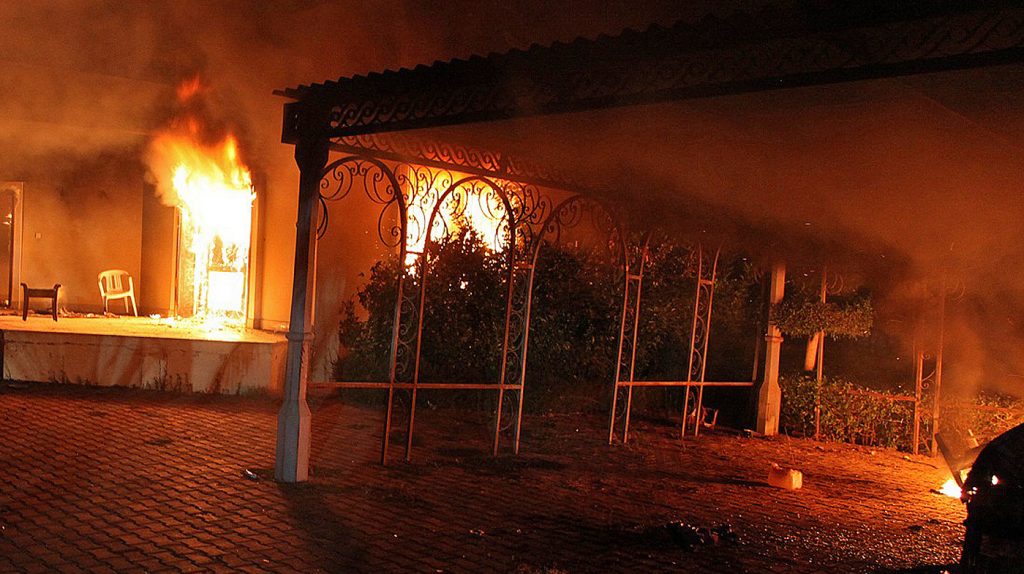 Anyone surprised by this?

The @StateDept[2], @HillaryClinton[3] and the @AP[4] colluded to destroy subpoenaed [email protected][5]#PodestaEmails[6]https://t.co/KBvzUhQqcT[7]

It is a story as old as time. Hillary Clinton did something highly illegal and then covered it up. But unfortunately for her, WikiLeaks is aware. Apparently following the Benghazi affair, Hillary Clinton specifically planned how she could hide her guilt. She is quoted as planning to send only certain documents to a friendly source.

This woman is guilty. It appalls me that this is a legitimate option for our presidency. We must take a stand on this. It is in our hands now to make sure and bring what we know about the character of Hillary Clinton with us when we vote next month. We can not allow her to lead our country. She has already been in the White House once. We can not let it become her home again.

I am scared for our country.

Read it for yourself.