This exchange, three years ago, between talk show host Conan O’Brien and Chris Kyle[1] shows why the retired Navy SEAL was so beloved. 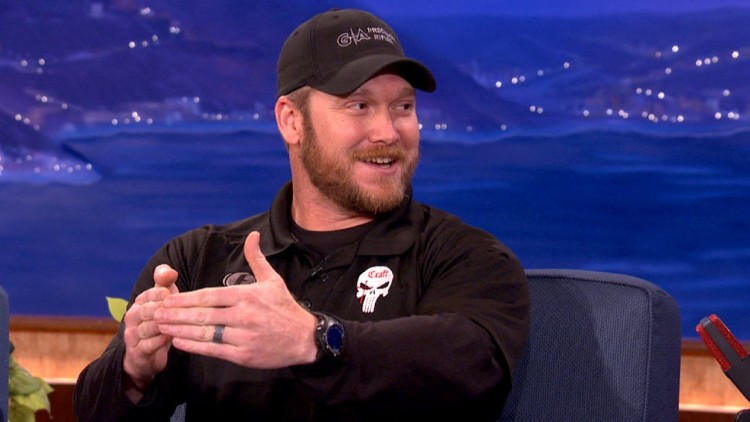 Conan gets the good-natured Kyle to laugh throughout, asking him about the more than mile-long kill shot Kyle touted in his book. Kyle, in his usual humble way, says he was just a ‘monkey on a gun,’ a suggestion at which O’Brien scoffs.

In a striking show of respect, after Kyle repeatedly addessess Conan as ‘sir’, O’Brien says:

You don’t have to call me, sir. I’m just a talk show host. You’re up here and I’m down here.

The three-year-old interview is a refreshing change from the kind of attention that Kyle has been getting since the movie version of American Sniper hit the screen. Hollywood and media critics have taken pot shots at both Kyle personally, and the movie itself.

The quiet strength Chris Kyle demonstrates in this video shows a dramatic difference between the kind of man he was and the kind of ‘men’ who are is critics. Give me an honest soldier anytime over a Hollywood pompous blowhard.